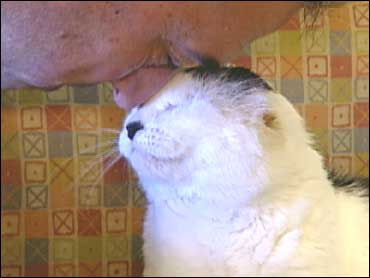 WCCO's Dennis Douda reports on the growing body of evidence that having a pet has positive benefits for your health. That concept is no mystery to cat owner Nancy Eickoff.

"They know you're having a bad day and just sit next to you and it really just creates a calmness," said Eickoff, owner of an 11-year-old cat named Nala.

"It's the human-animal bond," said Veterinarian R.K. Anderson, who helped to found CENSHARE at the University of Minnesota more than 30 years ago.

CENSHARE (Center to Study Human Animal Relationships and Environments) is a center dedicated to supporting and collecting research on the many positive effects pets have on people.

Anderson believes "It's [how animals are] non-judgmental and always being there for you."