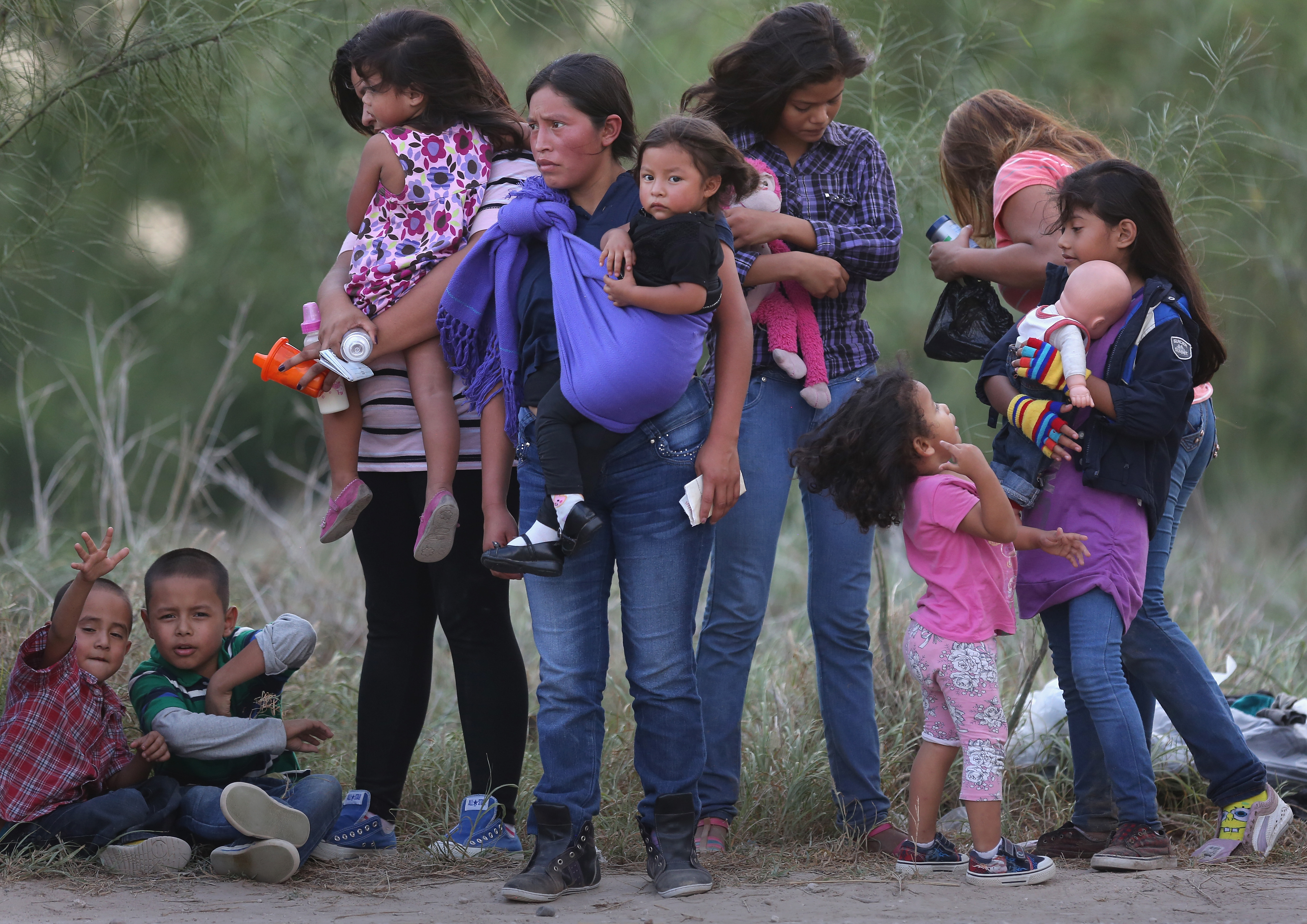 When asked what should happen to the Central American children who have recently crossed the border into the U.S. illegally, 50 percent of Americans say they should be returned to their home country as soon as possible, while 43 percent think these children should stay in the U.S. while awaiting an immigration hearing, according to a new CBS News poll.

Most Republicans think the children should be returned to their home countries, while most Democrats think they should be allowed to stay and go through a hearing process.

The poll included an additional sample of Hispanics, in order to examine their views more fully. Among Hispanics, fully 69 percent think the children should stay in the U.S. while awaiting a hearing.

Congress left Washington for summer recess last week without reaching an agreement on how to deal with this issue. Two-thirds of Americans support legislation that would make it easier and faster to send these children back to their home countries. Support for this measure reaches 80 percent among Republicans, although majorities across the political spectrum support this, as do 54 percent of Hispanics.

Still, most Americans would support temporary housing in their community to help house children from Central America. Seventy percent of Democrats would favor this, but 59 percent of Republicans would not.

The poll tested views of the effectiveness of two measures to help reduce the number of children entering the U.S. Seventy-six percent of Americans think stricter border control would be at least somewhat effective, while a smaller majority - 58 percent - think the U.S. working with Central America to help reduce violence in those countries would be effective.

Hispanics' Views of the President

Hispanics overwhelmingly voted for Democrat Barack Obama in both 2008 and 2012, and they give him a positive overall job rating in this poll - 54 percent of Hispanics approve of the job he is doing as president.

But Hispanics aren't as positive about the president's handling of immigration. Fewer than half approve of the job he's doing on that issue (41 percent), although that's still higher than the 29 percent approval rating the president receives from non-Hispanic Americans.

Most Hispanics (64 percent) prefer a bigger government that provides more services, while Americans overall (including non-Hispanics) prefer a smaller government with fewer services.

Majorities of Hispanics would like to see both parties (but especially the Republican Party) do more to address the needs and concerns of Hispanics.

Hispanics also see the Democrats as doing a better job than the Republicans on some key issues. They choose the Democratic Party as doing a better job on immigration (55-24 percent) and the economy (50-32 percent), as well as sharing their values (56-26 percent). On the issue of national security, Hispanics rate the parties somewhat more evenly (40 percent Democratic, 36 percent Republican).

Voting and the Midterm Elections

But Hispanic voters aren't especially enthusiastic about voting this November; 56 percent say they are less enthusiastic compared to past Congressional elections.

More than half of Americans think there will be a Hispanic president in their lifetime, and Hispanic Americans are even more likely to think that - 66 percent believe that will happen.

In the wake of the large number of Central American children crossing the U.S. border, the percentage of Americans who volunteer immigration as the country's most pressing problem has spiked since the spring, and is now second, after the economy and jobs.

Thirteen percent volunteer immigration as the nation's top problem, up from just 3 percent in March, and it is now at a level of concern not seen since 2006, when immigration reform was being hotly debated in Washington.

Among Hispanics, 22 percent say immigration is the most important problem facing the country; almost as many as cite the economy and jobs (27 percent).

When asked specifically about illegal immigration, 62 percent of Americans, including 56 percent of Hispanics and 63 percent of non-Hispanics, say it is a very serious problem for the country.

In addition, most think it's very important for the president and Congress to address the issue by the end of the year.

While Americans think securing the border should take priority over addressing the status of illegal immigrants already in the country, Hispanics are more divided.

Large majorities, including 93 percent of Hispanics and three in four non-Hispanics, support a path to citizenship for those who came to the U.S. illegally as children if certain requirements are met.

And while 38 percent of Americans think in general immigrants improve U.S. society in the long run, far more Hispanics (60 percent) think immigrants have a positive impact.

Hispanics See Opportunities in the U.S.

Hispanics have a mostly positive outlook regarding their own opportunities to succeed in the U.S, and are optimistic about the future for the next generation of their family. Those born outside the United States are particularly so.

Fifty-five percent of Hispanics say their opportunities to succeed in life are better than their parents' generation, compared to 42 percent of Americans overall.

Similarly, Hispanics (40 percent) are more inclined than the public at large (23 percent) to feel better about their family's future.

Hispanics born outside the U.S. feel a strong connection to America. By an overwhelming margin, these Hispanics say they feel closer to the U.S. than to their native country.

Since the Affordable Care Act was enacted in 2010, more Americans have disapproved than approved of it, but more than half of Hispanics (52 percent) support the health care law.

As is the case with the public overall, younger Hispanics are more likely than those who are older to support same-sex marriage.

Among Hispanics, views on these issues differ depending on whether they were born in this country, or immigrated here from somewhere else. Those born in the U.S. are more supportive of abortion rights and same-sex marriage. On the health care law, Hispanics born outside the U.S. are more likely to approve of it, while those born here are more divided.

Additional interviews were conducted with Hispanics, to yield a sample size of 426. The Hispanic oversample consisted of callbacks to Hispanic respondents who had previously completed a survey as part of a random sample, and interviews with respondents whose telephone numbers were likely to fall in high-incidence Hispanic areas on landline exchanges and cell phone rate centers.