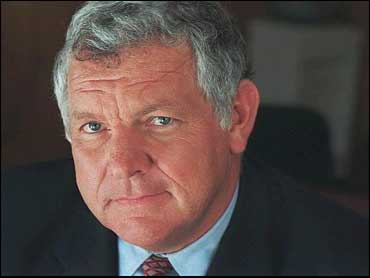 William Bennett, the Republican Party activist, former Cabinet secretary and "Book of Virtues" author, said he is giving up the high-stakes gambling that has cost him millions over the past decade.

"This is not an example I wish to set," he said in a statement responding to news reports.

"It is true that I have gambled large sums of money. I have also complied with all laws on reporting wins and losses," Bennett said in the brief, written statement issued through Empower America, the conservative think tank he runs with former Rep. Jack Kemp, R-N.Y.

"Nevertheless, I have done too much gambling, and this is not an example I wish to set," Bennett added. "Therefore, my gambling days are over."

Attempts to reach Bennett for further comment were unsuccessful.

Internal casino documents show Bennett to be a "preferred customer" in at least four casinos in Atlantic City, N.J., and Las Vegas, according to reports published by Newsweek and The Washington Monthly. He has a revolving line of credit of at least $200,000 at each venue, and video poker and slot machines are his favorite games, the magazines said.

Some casino estimates put his total losses over the past decade above $8 million.

In one two-month period, Bennett wired more than $1.4 million to cover losses at one casino, the documents indicate. In one 18-month stretch, he visited several casinos for two or three days at a time.

Other losses, according to the reports, include $340,000 at Caesars in Atlantic City on July 12, 2002, and more than half a million dollars at the Bellagio in Las Vegas on April 5 and 6.

Bennett, who was education secretary under President Reagan and drug policy director for the first President Bush, acknowledged his gambling to Newsweek.

"Over 10 years, I'd say I've come out pretty close to even," said Bennett, author of "The Book of Virtues." "You can roll up and down a lot in one day, as we have on many occasions.

"I play fairly high stakes. I adhere to the law. I don't play the 'milk money.' I don't put my family at risk, and I don't owe anyone anything," Bennett was quoted as saying.