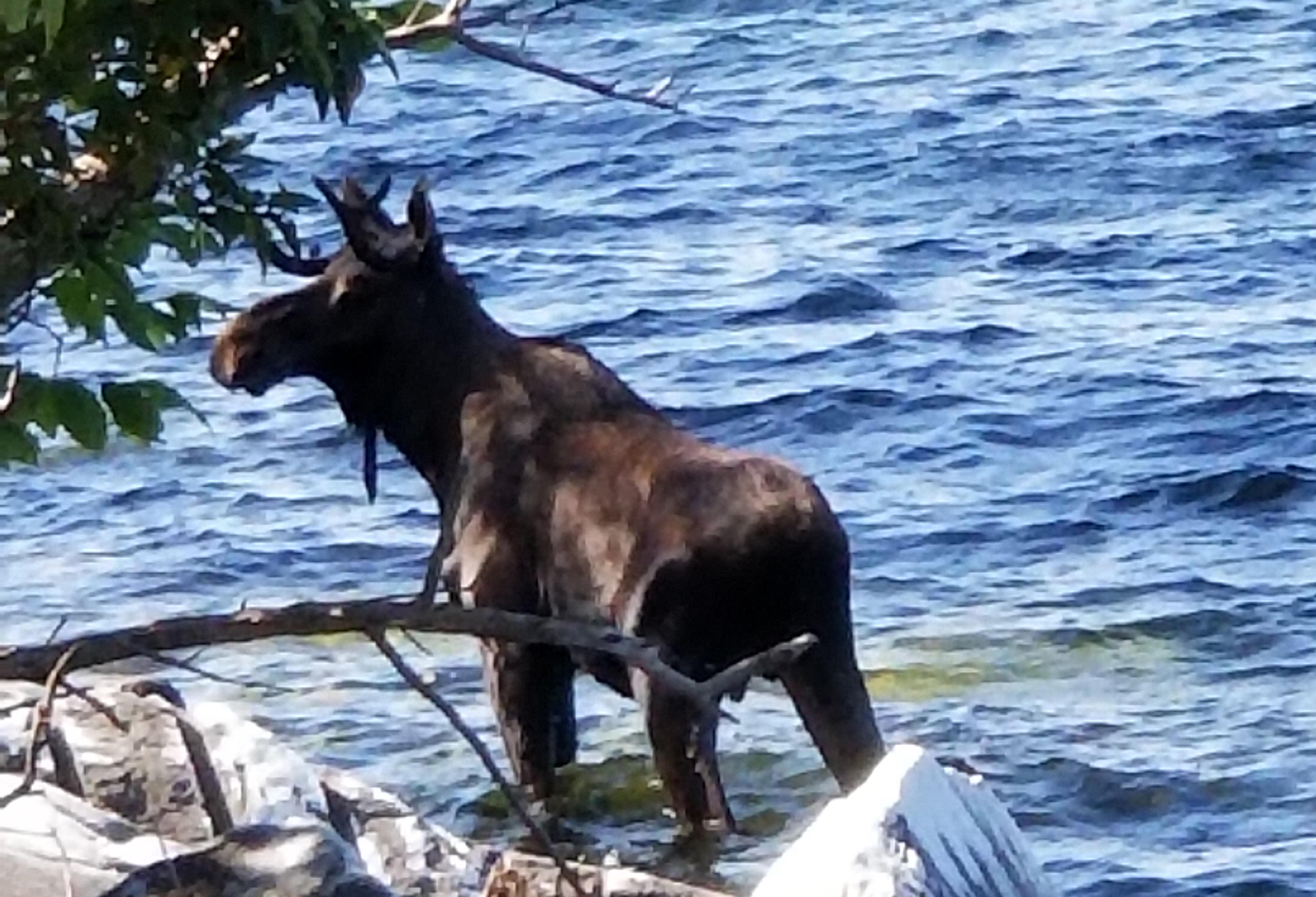 SOUTH HERO, Vt. — A moose drowned in Lake Champlain after people crowded around the animal to take its picture, Vermont wildlife officials said. Fish and Wildlife Warden Robert Currier said the moose swam across the lake from New York to South Hero, Vermont, on Saturday.

Currier said the moose made it onto land but was forced back into the water, likely feeling threatened by onlookers. The moose succumbed to exhaustion and drowned.

Currier said he wasn't there when the moose re-entered the water, but believes onlookers played a role based on what he heard from them and from local authorities. He arrived shortly before the animal drowned.

"It was struggling pretty good at that point. We were waiting for a boat to respond to try to assist it, but before the boat arrived, it had drowned," he said Monday.

"It was really rough out there, probably 4- to 5-foot swells and high wind," Currier said. He added that when the boat arrived, he got in the water and attached a rope to the moose to remove it.

Bernadette Toth was in the area Saturday morning with her 17-year-old daughter, who was having her senior photos taken. She saw the moose swim to shore, but left before it re-entered the water.

Toth said there were about half a dozen people nearby and noted that the incident happened near a bike path popular with tourists. "They made it sound like it was this big mob of people," Toth said.

"No, this is a heavy trafficked area for South Hero," Toth said. "That is always a very busy, busy area."

Currier said moose respond to threats by leaving an area or getting aggressive. "It is best practice to stay away from it," Currier said at a press conference, according to CBS affiliate WCAX-TV.

Currier also advised people to notify the Department of Fish and Wildlife.