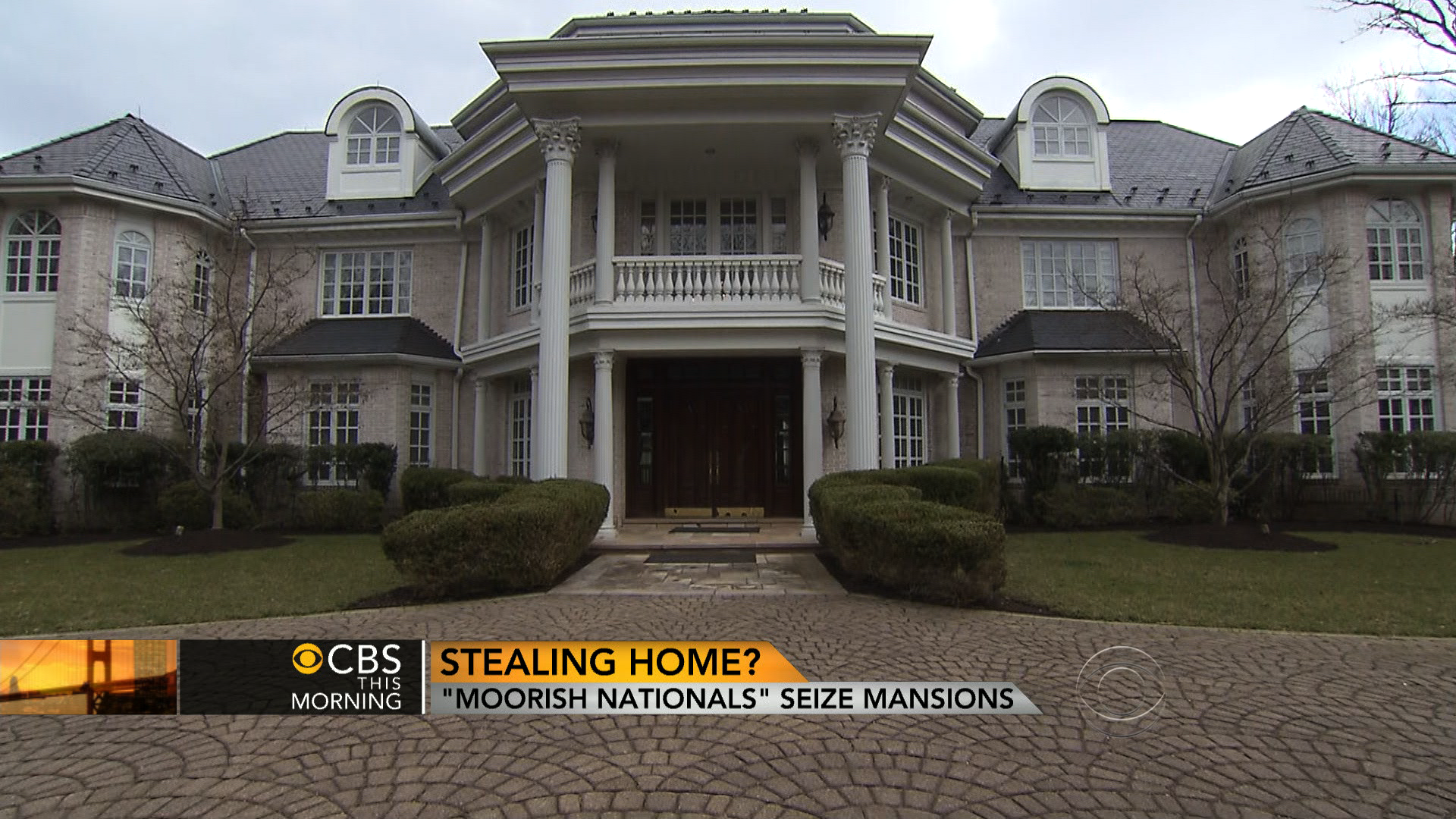 You may not have heard of the "Moorish Nationals," but police have. Members claim to follow Moorish science, rooted in a black religious group that's been around for nearly a century, and most of its members obey the law -- but not everyone.

In an exclusive corner of Bethesda, Md., there's a 35,000-square-foot mansion with 12 bedrooms, 17 bathrooms and trees planted by former President Bill Clinton and Vice President Al Gore. On the market for nearly $6 million, it's not exactly a steal, so imagine real estate agent Jordan Fainberg's surprise when he learned someone had moved into the vacant property.

"The owner calls me again and says, the neighbor called, there are people inside the house claiming they own the house. And I'm like, 'What?'" said Fainberg.

Lamont Butler, also known as Lamont Maurice El, claimed the mansion for himself. He even provided documents issued by the so-called "Moorish National Republic" to back it up.

"It's a burglary in the purest sense," said Fainberg.

Across the country, Butler and many other self-styled "Moorish Nationals" have laid claim to property and status they say is lawfully theirs because their ancestors were here first.

In Memphis, Tenn., Tabitha Gentry staked a claim on this $3 million dollar foreclosed home using heavy chains. Charged with trespassing, burglary and theft, Gentry, who prefers the name Abka Re Beym, says as a citizen of the "Moorish American National Republic," that land is her land.

Moors trace their beliefs to noble Drew Ali, who founded the Moorish Science Temple in Chicago in 1925. With tens of thousands of followers, the faith borrows heavily from Islam.

It also teaches that all black Americans are Moorish-Americans, descendants of an ancient Moroccan global empire, an idea some followers have taken one step further.

"So you don't have to get a license plate or a driver's license and you can lay claim to property," said Spencer Dew, an assistant professor at Centenary College of Louisiana.

Dew, who studies the movement, says Moorish-Americans have long taken pride in being American citizens. But as the group splintered over the decades, some offshoots abandoned that view.

"I also think we have some opportunistic individuals, some sort of lone-wolf elements," said Dew.

He's not the only one that feels this way.

"Right now we're deep in knucklehead territory, the Moorish Science Church at one point had 30,000 members in the 1930s. Later 50,000, but the estimates now claim this might be a couple thousand left. This is not them," said John Miller, senior correspondent for CBS News. "This is a splinter group, an offshoot of opportunists."

Jeff Fort is perhaps the most notorious movement member. The former leader of a violent Chicago street gang, he was convicted in 1987 of conspiring with Libya's Gadhafi regime to blow up United States government buildings.

As for Butler, he eventually abandoned the Bethesda mansion, but he still faces burglary, theft and fraud charges. He's currently out on bond.

"Everybody likes to look at a big, beautiful house," said Fainberg. "But usually you call a realtor to unlock the door for you."