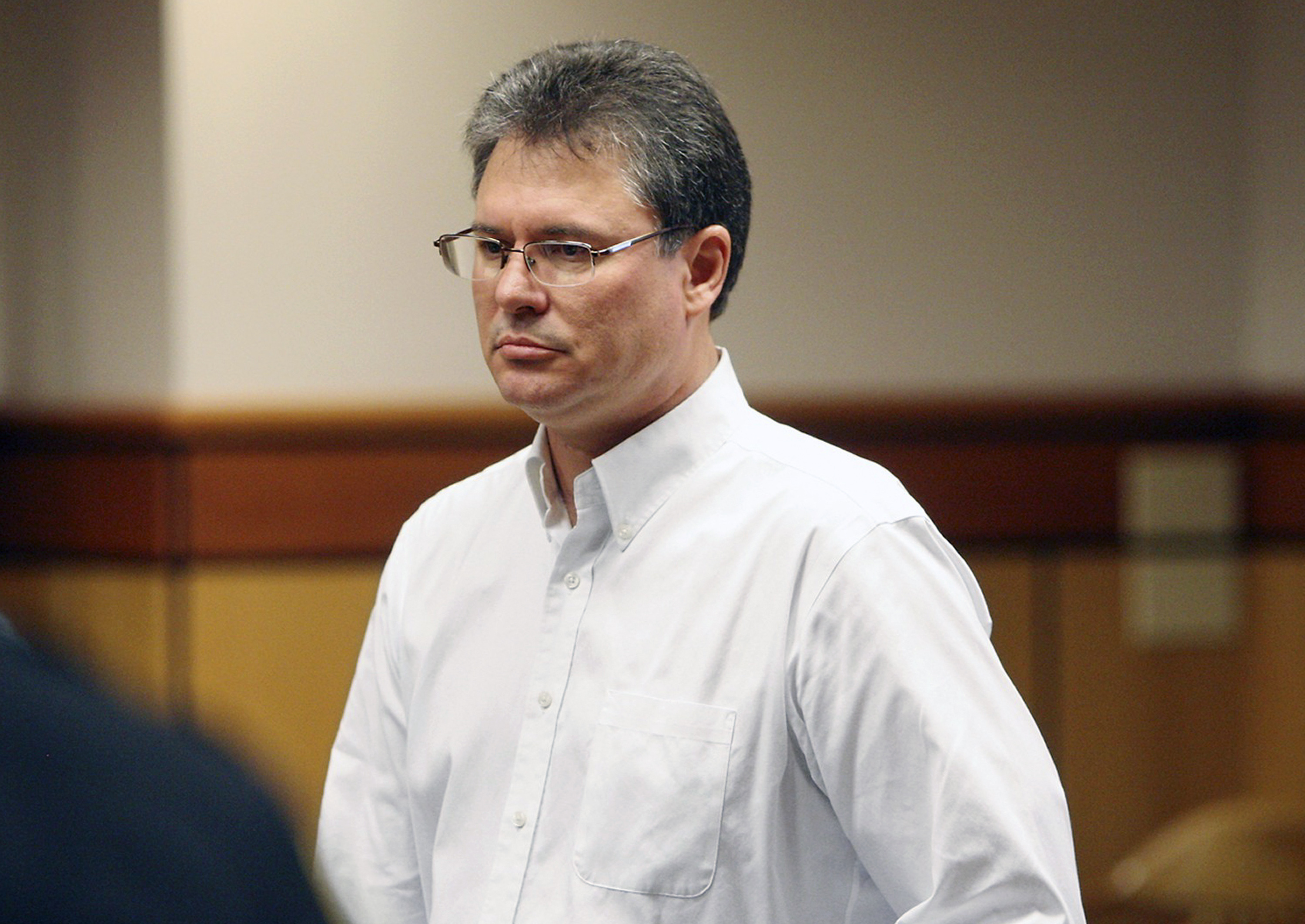 BILLINGS, Mont. - A teacher who spent a month in prison for the rape of a 14-year-old student goes back to court Friday to be re-sentenced after the original judge in the case was censured over comments that placed some responsibility on the victim.

Defendant Stacey Dean Rambold is seeking the minimum required sentence of two years in prison with another two years suspended for the 2007 rape of a freshman at Billings Senior High School.

The earlier month-long sentence ordered by Judge G. Todd Baugh was declared illegal by the state Supreme Court after Rambold served his time and was freed last fall.

In a letter to the court, Rambold, a 55-year-old former business teacher, sought forgiveness and lamented the international publicity his case has generated.

"No one can really appreciate and understand what it feels like to have so many people actually hate you and be disgusted by you," Rambold wrote. "I do not mention this for the sake of sympathy, but it has been hard."

Yellowstone County Attorney Scott Twito asked the court to impose a 10-year prison sentence with another 10 years suspended. That's the same sentence prosecutors sought last year when the case was before Baugh, who instead adopted the much more lenient term suggested by Rambold's defense attorney.

Victim Cherice Moralez killed herself in 2010 while the case was pending. Without their primary witness, prosecutors struck a deal with Rambold that initially allowed him to avoid prison altogether.

Rambold, however, violated that agreement by having unauthorized visits with relatives' children and entering into a relationship with an adult woman without telling his counselor. As a result, the case was revived and Rambold pleaded guilty last year to a single count of sexual intercourse without consent.

During the first sentencing, Baugh suggested the victim had as much control over her rape as the defendant and said she "appeared older than her chronological age." He gave Rambold a 15-year term with all but one month suspended.

That triggered an appeal from prosecutors and ultimately resulted in the case being re-assigned to state District Judge Randal Spaulding.

Baugh's comments and the lenient sentence he handed down landed him before the state Supreme Court for disciplinary proceedings, which resulted in a 30-day suspension from the bench and a public censure for his misconduct in the case.

In a sentencing memorandum filed this week, county attorney Twito wrote that a tough sentence for Rambold was warranted given his position of authority over Moralez.

"His position of trust as a high school teacher, abuse of that position, and violations against the victim overshadows all mitigating circumstances," Twito wrote. He said he intends to call psychologist Brenda Roche as a witness to testify about Moralez's cognitive abilities at the time she was interviewed by law enforcement.

Morales mother, Auliea Hanlon, also is expected to be called to the stand. Hanlon said she has not viewed the recordings of her daughter's interviews but said the contents don't change what happened to the young girl.

"If you'd ever met her, she was a very intelligent, very straightforward, fun-loving kind of person," Hanlon said. "She was very mature for her age, but that's irrelevant. She was 14."