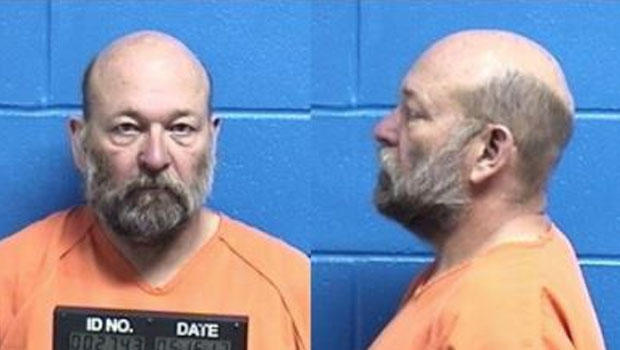 POWELL COUNTY, Montana -- A sheriff's deputy was killed during a traffic stop early Tuesday, prompting a middle-of-the-night chase across five southwestern Montana counties during which the suspects fired shots at pursuing officers. The pursuit ended east of Missoula with one of the suspects being shot and his father under arrest.

According to CBS affiliate KPAX, the incident began when a Broadwater County Sheriff's deputy pulled a vehicle over near Three Forks, about 70 miles southeast of Helena, in what's described as a "routine stop"  at approximately 3 a.m. Tuesday. He had called the incident into dispatchers, but then never called back. A Gallatin County Sheriff's deputy then responded and found the deputy dead on the side of the road.

A statewide alert was issued for the suspect vehicle and it was spotted near Anaconda, about 80 miles west of where the deputy was found dead, where a pursuit began. Authorities say the vehicle headed westbound on Interstate 90 where it struck spike strips in Powell County but was able to continue on the interstate. The suspects began firing at law enforcement before the vehicle stopped just east of Rock Creek.

Missoula County authorities report the passenger exited the vehicle and began shooting at multiple officers, according to KPAX. The passenger was shot and transported to a Missoula hospital, while the driver was taken into custody without incident.

The driver, who is the passenger's father, was identified as 61-year-old Lloyd Montier Barrus, according to KPAX. He is being held on a felony deliberate homicide charge in the Missoula County jail.

His son's name and the identity of the slain deputy weren't immediately released.

4 handcuffed bodies found in helicopter with "criminal messages"
Thanks for reading CBS NEWS.
Create your free account or log in
for more features.
View CBS News In
CBS News App Open
Chrome Safari Continue
Be the first to know
Get browser notifications for breaking news, live events, and exclusive reporting.