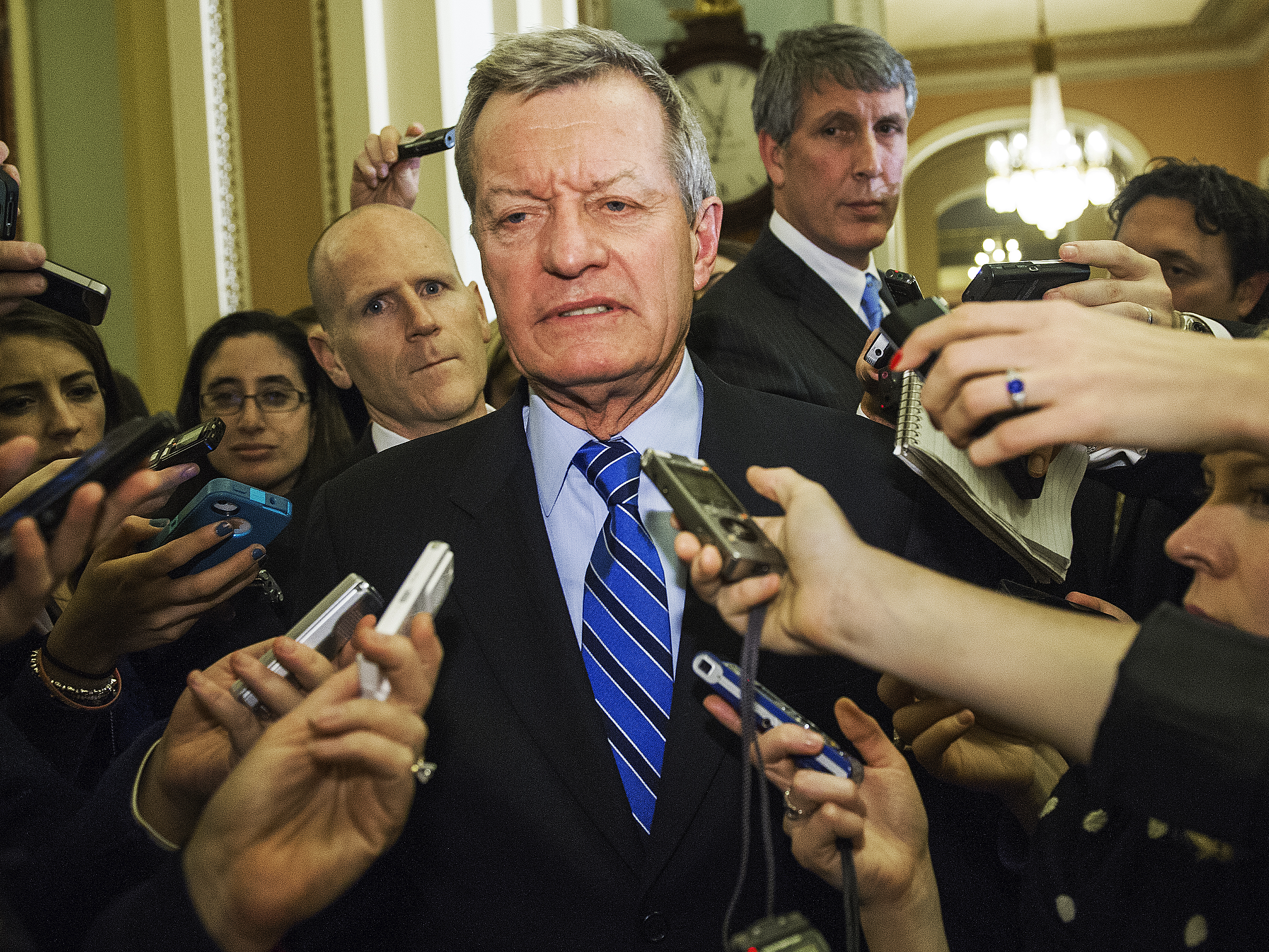 Six-term Sen. Max Baucus, D-Mont., plans on retiring at the end of his term, he announced Tuesday.

"Deciding not to run for re-election was an extremely difficult decision," Baucus said in a statement. "After thinking long and hard, I decided I want to focus the next year and a half on serving Montana unconstrained by the demands of a campaign. Then, I want to come home and spend time with Mel, my son Zeno, and our family enjoying the Montana public lands we've fought hard to keep open and untarnished."

Baucus, who currently serves as chairman of the powerful Senate Finance Committee, was one of five red-state Democrats facing a tough re-election battle in 2014. Last week, he was one of a handful of Democrats to vote against legislation to expand background checks for gun purchases. While he played a key role in shaping President Obama's landmark health care law, he more recently called its ongoing implementation a potential "train wreck."

The 72-year-old senator may still play a significant role in shaping important legislation in his remaining time in office, particularly tax reform.