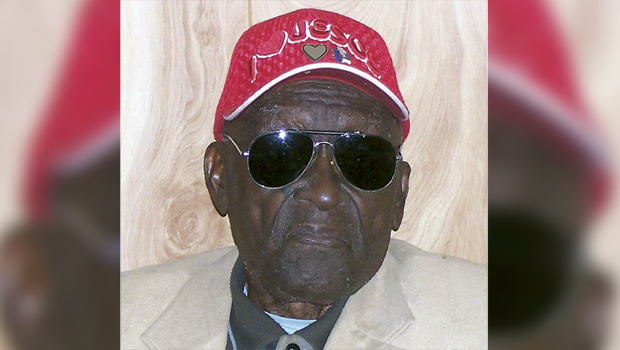 Pine Bluff Police Sgt. David DeFoor said the officer was placed on administrative leave immediately after he shot at Monroe Isadore, who opened fire on authorities.

"That is department policy when there's an officer-involved shooting that they're put on admin leave until the investigation is completed," DeFoor said.

Police would not identify the officer, who has not been charged with any wrongdoing. DeFoor said he believed the officer placed on leave was the only one who fired at Isadore.

Authorities have said they tried using a camera, negotiating tactics, and gas before shooting Isadore. But that hasn't answered questions from residents in Pine Bluff, a community of about 50,000 people some 45 miles southeast of Little Rock. Some are struggling to make sense of how someone known as a pleasant, churchgoing man who was hard of hearing and sometimes used a cane could die in such an explosive confrontation.

The fatal shooting happened Saturday after police said they were called to a domestic disturbance at the house where Isadore was staying.

Laurie Barlow, 48, of Lonoke, told officers she had gone to the house where Isadore was living temporarily to help him move to a new home, according to a police report. Isadore had been living with in Pine Bluff with Pauline Lewis since August, CBS affiliate KTHV-TV reports. Lewis told the station that Isadore's anger led to a confrontation with police which resulted in his death.

"He was very angry. He got hostile. He was gonna kill somebody," Lewis told the station. "Monroe was in the room and he had the gun and he said 'if you wanna live you better get away from this door.'"

Lewis said she was with Barlow when she approached Isadore about moving to a new apartment. Barlow said Isadore had previously been excited about the move but that when she arrived Isadore barricaded himself in a room.

"Ms. Barlow stated his granddaughter finally got him to open the door and she went around to speak with Mr. Isadore, at that time she stated Mr. Isadore raised his arm and pointed a gun at her and stated `You better stop breaking in to my house,"' the report said.

After police moved Barlow and the granddaughter across the street, Isadore fired at a door moments after police tried to contact him. A SWAT team, called out when negotiations failed, maneuvered a camera into the house to see how Isadore was armed, then stormed inside after deploying gas and a distraction device, the report said. When Isadore fired, the entry team fired back.

It's not clear why authorities moved into the home when they did.

"I don't know what was going at the scene that would make them go ahead and go in," DeFoor said. "When shots are fired, it changes the whole idea of let's sit out here and wait."

Prosecutors are expected to review the case as early as this week.