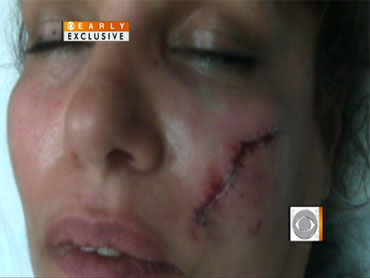 Last month, Parvin Hajihossini woke up in a bed and breakfast she and her boyfriend were staying at in the Catskill Mountains in upstate New York and went to take a look around.

The facility had a resident capuchin monkey named Benjamin and Parvin, 53, says she went over to his cage to snap a picture.

Before she knew what was happening, she adds, the monkey was mauling her, taking a giant bite out of her cheek that required many stitches.

After the attack, according to Parvin's lawyer, Rich Ancowitz, local health officials ordered the monkey destroyed and checked for rabies, but its owner, famed painter Allen Hirsch, failed to turn over his pet.

The monkey is still missing and Hirsch declined to comment on the advice of his lawyer. He's currently in South America.

She and Ancowitz told the story to "Early Show" co-anchor Harry Smith.

As she was being attacked, Parvin says, "I screamed, 'I lost my face!" '

"There was an order from the public health authorities that the monkey had to produced for rabies testing," Ancowitz explained. "Otherwise, she had to undergo … rabies injections, which … are very painful. Unfortunately, once the public health authorities got involved, the owner of the monkey decided to flee. And the monkey's on the lam. And she had to undergo a series of very painful injections."

"This very monkey," he continued, "was written up in The New York Times last year in a story about monkeys and their owners and about how monkeys are treated as members of the family. But monkeys (are) wild animals. Wild animals belong in the wild."

Benjamin attacked someone once before, five years ago, Ancowitz told Smith. "We're here because we don't want this to happen to anybody else," he said. " … This happens all too frequently and it's preventable. … This kind of thing should not be happening, but it keeps happening and it's got to stop."

"Think of the human being," Parvin said.

To see Smith's interview with Parvin and Ancowitz, click on the video below: 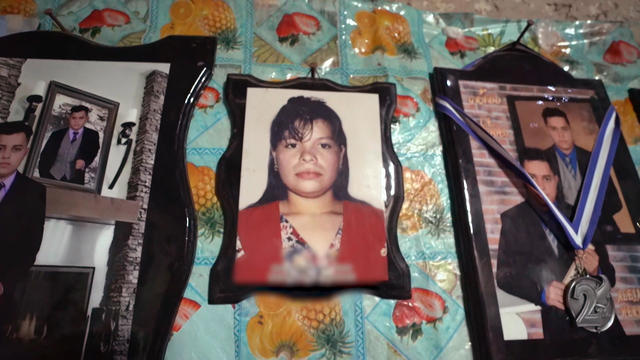