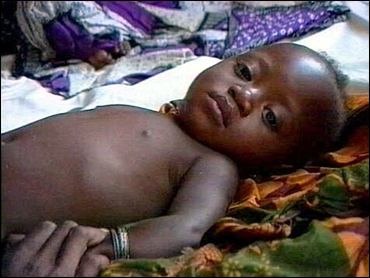 Leaders of a fund set up to combat three of the world's deadliest diseases met in northern Tanzania on Wednesday to discuss whether to call for more grants for projects to fight AIDS, tuberculosis and malaria.

U.S. officials have been lobbying the directors of the Global Fund to Fight AIDS, Tuberculosis and Malaria to suspend any future calls for grant proposals because of funding shortfalls.

Presidents Benjamin Mkapa of Tanzania, Mwai Kibaki of Kenya, Yoweri Museveni of Uganda and Paul Kagame of Rwanda addressed the board of the Global Fund on Wednesday.

AIDS, tuberculosis and malaria kill more than 6 million people every year. AIDS alone slashes per capita growth in half of the countries in sub-Saharan Africa by 0.5 to 1.2 percent yearly, the Global Fund said.

By 2010, per capita GDP in some of the hardest-hit countries may drop by 8 percent, and per capita consumption may fall even farther, the Geneva-based fund said.

"I earnestly appeal to all donor governments, international organizations and private donors to ... show practical support to Africa by raising the resources necessary to fund existing grants and launch new funding rounds," Mkapa said. "Meeting in Africa for the first time and not deciding to launch a new funding round will be difficult for Africans to understand."

"It will send a wrong signal to those struggling with meager resources to address these alarming and pressing health emergencies," Mkapa said. "This is a humanitarian war of international nature."

A consortium of 435 organizations that promote better health care for Africans called Tuesday for rich nations to boost donations to the Global Fund and for the agency to contribute to new health programs for the world's poorest people.

Since 2002, the Global Fund has become a major donor, helping to improve health care for poor people around the world. But donations have fallen short of U.N. Secretary General Kofi Annan's original call for the fund to receive between $7 billion and $10 billion every year.

The Washington-based Global AIDS Alliance accused Mr. Bush of crippling the Global Fund despite naming AIDS one of six top priorities for his second term.

U.S. Health and Human Services Secretary Tommy Thompson said the Bush administration was not against a new round of funding, but wanted firm financial commitments from other donors.

"The U.S. is the single largest contributor since the Fund was launched (in 2002) ... This is a war we have to win collectively," Thompson told reporters.