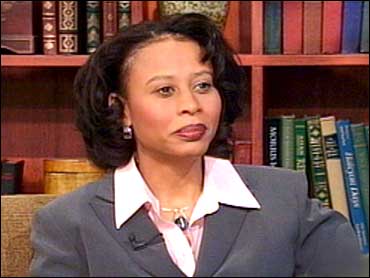 As you worry about paying for your child's college education, or saving enough for retirement, have you ever stopped to consider that you just may have enough money right now to achieve your goals?

Washington Post columnist Michelle Singletary believes that it's possible to live well with the money you have -- once you learn how to handle that money wisely.

She explains exactly how to do that in her new book, "7 Money Mantras for a Richer Life." She stops by The Early Show to share some tips.

Singletary says her grandmother showed her that it's possible to live well with the money that's available to you. The secret, she says, is to change your attitude about money.

If It's on Your Ass, It's not an Asset
Singletary admits that this first mantra sounds a little crass, but that's the point. She wants people to sit up and pay attention. The message here is that we all waste money buying things that don't appreciate in value. We spend money on appearances. We need to realize that we spend too much of our incomes on items that won't help us down the road and certainly won't put us any closer to our goals.

To help cure the need to buy, Singletary advises people to shop like men. Men typically don't like to shop -- it's a chore. To make the process less painful, they decide what they want and where to get it, go directly there, buy what they need, and escape. Singletary says shopping should not be a fun way to pass the time -- don't treat it as such.

Is This a Need or a Want?
People say that they can't afford to save money, Singletary says, but these are the same people who have cell phones and cable, whose kids have tons of toys. Singletary's argument of needs vs. wants is not restricted to flat-screen television and luxury sedans. She challenges readers to truly reassess what they buy.

Sweat the Small Stuff
Singletary says small purchases really do add up. This mantra is all about cutting corners when possible. Small expenses keep people from accumulating assets.

Cash is Better Than Credit
Many Americans are slaves to their credit cards, Singletary says. She advises avoiding giving a credit card to a teenager. She sees no reason why young people should be using credit cards. Singletary explains giving cards to kids so early does not allow them to learn how to handle money wisely. Becoming hooked on credit early sets a bad precedent for the rest of their lives.

Keep it Simple
This mantra is all about investing. Singletary says you need to understand exactly where your money is going when you put it in someone else's hands. Know what your mutual fund is buying and know how your life insurance policy works. This will keep you in touch with your finances and help you avoid scams.

Priorities Lead to Prosperity
Singletary says that if you put your values first, you will get in life what you value the most. She asks readers to take a look at the amount of money spent last month on fast food or clothing or sent to credit card companies. Then, she says, compare that spending to the money you put in your child's college fund or your retirement account. This will really tell you where your priorities lay.

Enough is Enough
After all of this careful thought about spending and saving, you have to know when to stop worrying about money. Singletary says to say to yourself, "enough is enough." She says it is important because many are working hard and worrying so much about getting enough money that they can't appreciate what money can't buy -- family, friends, spiritual peace.