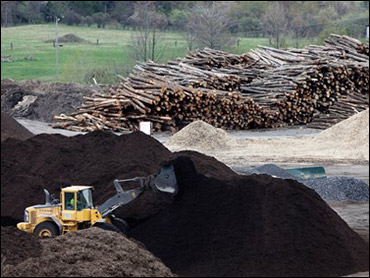 Ten months into President Barack Obama's first economic stimulus plan, a surge in spending on roads and bridges has had no effect on local unemployment and only barely helped the beleaguered construction industry, an Associated Press analysis has found.

Spend a lot or spend nothing at all, it didn't matter, the AP analysis showed: Local unemployment rates rose and fell regardless of how much stimulus money Washington poured out for transportation, raising questions about Mr. Obama's argument that more road money would address an "urgent need to accelerate job growth."

Mr. Obama wants a second stimulus bill from Congress that relies in part on more road and bridge spending, projects the president said are "at the heart of our effort to accelerate job growth."

Construction spending would be a key part of the Jobs for Main Street Act, a $75 billion second stimulus to revive the nation's lethargic unemployment rate and improve the dismal job market for construction workers.

AP's analysis, which was reviewed by independent economists at five universities, showed that strategy hasn't affected unemployment rates so far. And there's concern it won't work the second time. For its analysis, the AP examined the effects of road and bridge spending in communities on local unemployment; it did not try to measure results of the broader aid that also was in the first stimulus like tax cuts, unemployment benefits or money for states.

"My bottom line is, I'd be skeptical about putting too much more money into a second stimulus until we've seen broader effects from the first stimulus," said Aaron Jackson, a Bentley University economist who reviewed AP's analysis.

Even within the construction industry, which stood to benefit most from transportation money, the AP's analysis found there was nearly no connection between stimulus money and the number of construction workers hired or fired since Congress passed the recovery program.

"As a policy tool for creating jobs, this doesn't seem to have much bite," said Emory University economist Thomas Smith, who supported the stimulus and reviewed AP's analysis. "In terms of creating jobs, it doesn't seem like it's created very many. It may well be employing lots of people but those two things are very different."

Transportation spending is too small of a pebble to quickly create waves in America's $14 trillion economy. And starting a road project, even one considered "shovel ready," can take many months, meaning any modest effects of a second burst of transportation spending are unlikely to be felt for some time.

"It would be unlikely that even $20 billion spent all at once would be enough to move the needle of the huge decline we've seen, even in construction, much less the economy. The job destruction is way too big," said Kenneth D. Simonson, chief economist for the Associated General Contractors of America.

For its analysis, the AP reviewed Transportation Department data on more than $21 billion in stimulus projects in every state and Washington, D.C., and the Labor Department's monthly unemployment data. Working with economists and statisticians, the AP performed statistical tests to gauge the effect of transportation spending on employment activity.

Despite the disconnect, Congress is moving quickly to give Mr. Obama the road money he requested. The Senate will soon consider a proposal that would direct nearly $28 billion more on roads and bridges, programs that are popular with politicians, lobbyists and voters. The overall price tag on the bill, which also would pay for water projects, school repairs and jobs for teachers, firefighters and police officers, would be $75 billion.

"We have a ton of need for repairing our national infrastructure and a ton of unemployed workers to do it. Marrying those two concepts strikes me as good stimulus and good policy," White House economic adviser Jared Bernstein said. "When you invest in this kind of infrastructure, you're creating good jobs for people who need them."

Highway projects have been the public face of the president's recovery efforts, providing the backdrop for news conferences with workers who owe their paychecks to the stimulus. But those anecdotes have not added up to a national trend and have not markedly improved the country's broad employment picture.

The stimulus has produced jobs. A growing body of economic evidence suggests that government programs, including Mr. Obama's $700 billion bank bailout program and his $787 billion stimulus, have helped ease the recession. A Rutgers University study on Friday, for instance, found that all stimulus efforts have slowed the rise in unemployment in many states.

But the 400-page stimulus law contains so many provisions - tax cuts, unemployment benefits, food stamps, state aid, military spending - economists agree that it's nearly impossible to determine what worked best and replicate it. It's also impossible to quantify exactly what effect the stimulus has had on job creation, although Mr. Obama points to estimates that credit the recovery program for creating or saving 1.6 million jobs.