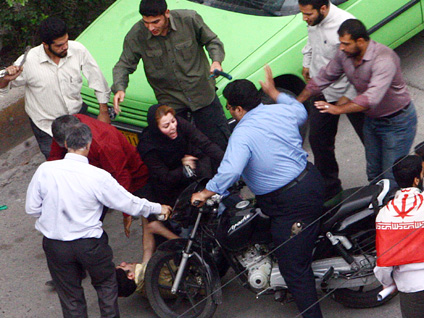 Nearly half the states have reduced access to government-subsidized child care for low-income families over the last two years, congressional auditors reported Monday.

Just nine states increased access to child care during the same period, according to a 50-state survey conducted by the General Accounting Office. Three states enacted changes with mixed results.

The report comes as Congress debates changes to the welfare system, including whether to increase spending on child care and, if so, by how much. There's widespread agreement that single mothers working in low-paying jobs have enormous difficulty staying employed without access to reliable child care and help paying for it.

The GAO was unable to determine the impact on the number of children served, but congressional Democrats who requested the study said it provides ammunition to increase federal spending on child care.

Overall, 25 states report that they serve all families who apply and are eligible for subsidies under state guidelines. The other 25, plus the District of Columbia, report that they do not.

In his welfare proposal, President Bush wants to require states to put more welfare recipients to work and to make each person work more hours, though he has not asked for any additional child care money. Administration officials note that welfare rolls have been cut by more than half, leaving states plenty of money for child care and other services.

Democrats say more child care spending is needed, particularly if work requirements are increased. Without it, they argue, states will be forced to cut back on support services that allow families to get off and stay off cash assistance.

The GAO report finds states, facing intense fiscal pressures, are already cutting back. Most of the cuts affect low-income families who have not been on welfare; some affect those leaving welfare for low-paying jobs.

Specifically, the GAO reported that since January 2001, 23 states cut back: