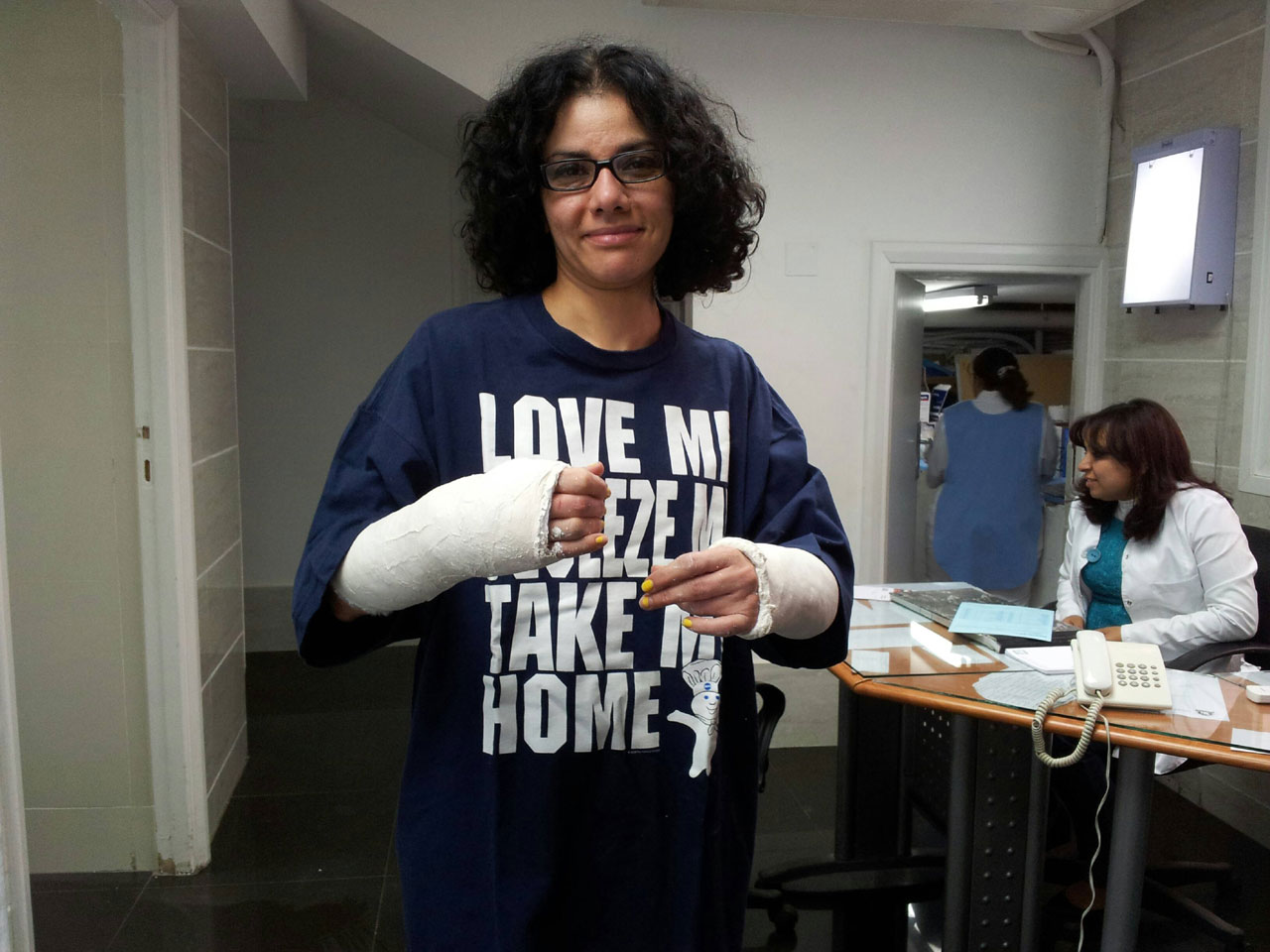 Mona Eltahawy, 45, of New York, was arrested on charges including criminal mischief and making graffiti, police said. Her arrest was captured on video by a New York Post camera crew and posted online.

Eltahawy is a women's rights defender and lecturer on the role of social media in the Arab world. She calls herself a liberal Muslim who's spoken publicly against violent Islamic groups. She's seen in the video spraying pink paint on the ad while another woman tries to block her.

"This is non-violent protest, see this America" Eltahawy said in the video as police officers were arresting her. "I'm an Egyptian-American and I refuse hate."

The ads — reading, "In any war between the civilized man and the savage, support the civilized man. Support Israel. Defeat Jihad." — went up in 10 stations across Manhattan after a court victory by a conservative commentator who once headed a campaign against an Islamic center near the World Trade Center site.

The Metropolitan Transportation Authority in New York initially refused to run blogger Pamela Geller's ad, saying it was "demeaning." But a federal judge ruled in July that it is protected speech under the First Amendment.

Geller, executive director of the American Freedom Defense Initiative and publisher of a blog called Atlas Shrugs, has said she's not concerned that her ad could spark protests like the ones against the depiction of Muslims in the video "Innocence of Muslims." Violence linked to the movie has left dozens in seven countries dead, including the American ambassador to Libya.

The ad was plastered on San Francisco city buses in recent weeks, prompting some people to deface the ads and remove some of the words, including "Jihad," or holy war.

Geller said the subway ads cost about $6,000. The MTA said they will be up for a month.