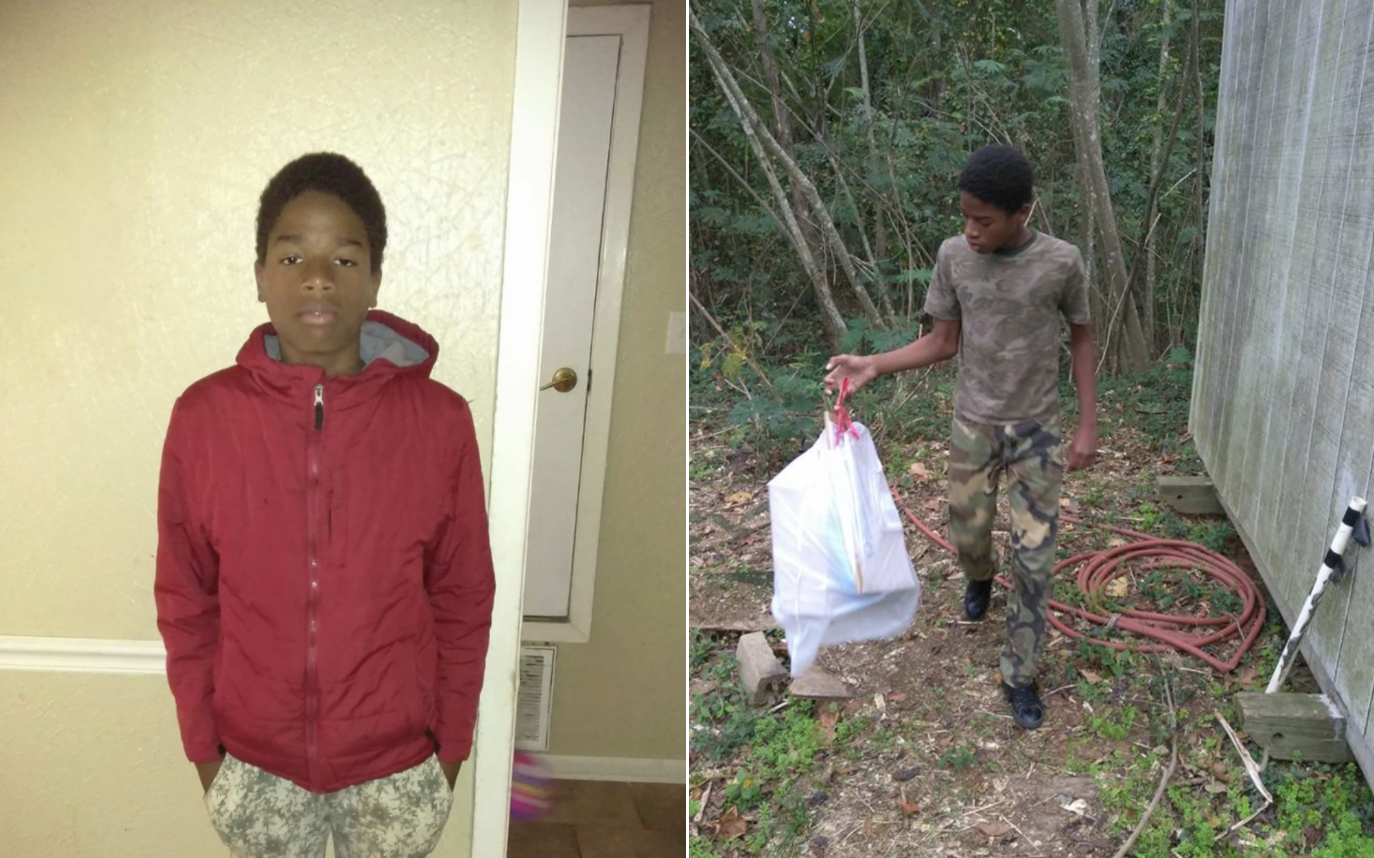 When Demetris Payne saw a missed call from her son's junior high school, she knew something was wrong.

With a sigh, the single mom of four from Shreveport, Louisiana, called back. A school official said her 13-year-old son Jadarien was suspended for three days for talking back to his teacher. She was told to pick him up right away.

"Three days seems kind of harsh -- why not do in-school suspension?" Payne asked.

But since Jadarien had been in trouble once before, they said he had to leave.

As soon as the pair got home, Payne took away her son's cellphone and video games. She left him with her 70-year-old father who lives with them.

"When I got home from work he's eating strawberries and having fun with my dad," Payne told CBS News. "I was like, 'Oh no.' It was like a vacation."

Payne knew she needed to do more to discipline him.

So she handed him a rake and asked him to start cleaning up the yard. When he was finished, she told him he'd be volunteering his lawn care services free of charge for people in need during the remainder of his suspension.

"He didn't believe it," Payne said. "I can be soft on him and baby him sometimes."

But Payne was serious. She posted a photo of Jadarien on Facebook with the heading, "Yard service - FREE," explaining that he got suspended from school and would mow lawns, pick up trash or wash cars for members of the community over the next three days.

Within hours, Payne got requests from several residents taking her up on the offer.

So she drove Jadarien from house to house. She stood by the car and watched him work. He mowed lawns, picked up pine needles and raked leaves.

Jadarien spent about two hours cleaning up the yards. He ended up hitting at least eight different homes. When he was finished, Payne took him to the library, where he spent the rest of the day reading and completing homework assignments.

"We explained to him that these chores weren't to punish, punish, punish, but to teach him a lesson and teach him about discipline," Payne said. "No matter if the teacher is right or wrong -- always respect your teachers, respect adults."

On Tuesday, Jadarien was happy to finally head back to school.

The eighth-grader's classmates and teachers said they saw him on Facebook.

"He just laughed it off," Payne said. "Some people say he was 'shamed.' He wasn't shamed at all. He's not that type of kid. He really isn't."

Payne sat down with Jadarien's teachers to help come up with a plan to keep him on track. However, she's confident Jadarien learned his lesson.

Hundreds of people have shared Payne's Facebook post over the past week, many praising her for her unique approach to discipline.

"Raising your child to learn consequences for unacceptable behavior falls under good parenting 101," another wrote.

Payne said she hopes her other kids -- ages 3, 8 and 17 -- also learned something from Jadarien's experience. But if she has to do it all over again, she will.

"Single parents, do not give up. Keep encouraging your child. When one avenue doesn't work try another avenue. Get to the root of the problem," she advised.