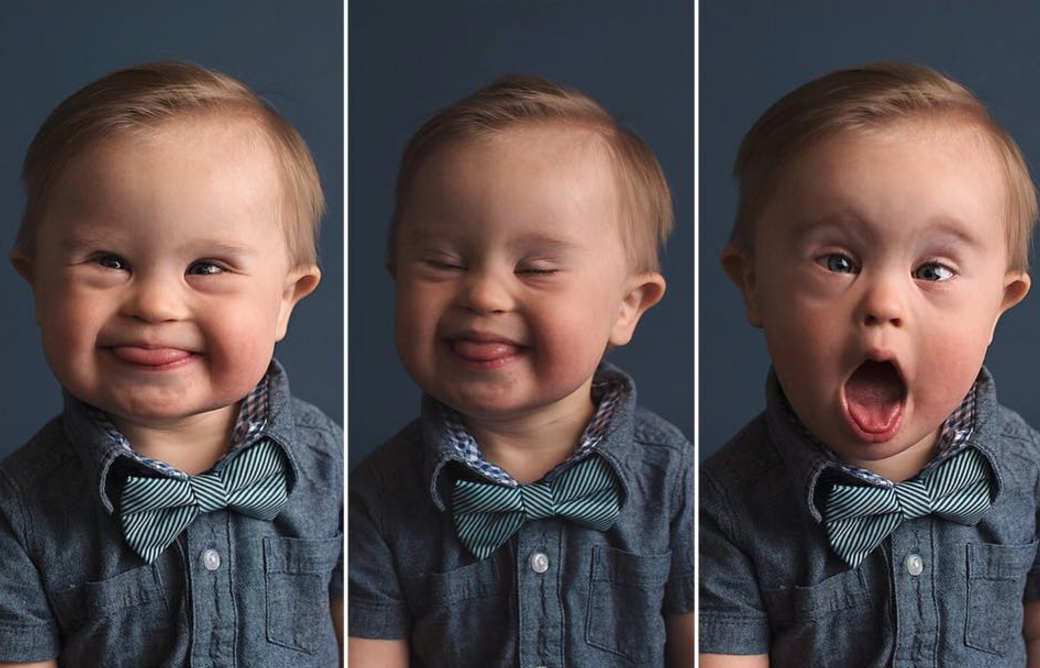 With his light blue eyes, sandy blonde hair and rosy cheeks you want to pinch, 15-month-old Asher Nash was born to be in front of a camera.

And his mom, Meagan Nash, hoped to prove that by submitting her son’s photos to a local modeling agency in Buford, Georgia, over the summer in hopes of landing a deal with OshKosh.

When the 27-year-old mom didn’t hear back from the agency, she inquired about the status of Asher’s application.

The agency’s response left her shocked and disappointed, not because Asher didn’t get the gig, but because of the reason why.

A woman at the agency emailed Nash to explain that they didn’t submit Asher’s photos since the criteria didn’t specify the company was looking for a baby with special needs.

“That puzzled me and so I asked if they had said they did not want a baby with special needs,” Nash told CBS News. “When she said, ‘No, that they didn’t specify either way,’ I asked why we wouldn’t always submit him then?”

Afterward, the frustrated mom took to Facebook, posting a photo of her son on the Changing The Face of Beauty page to call out OshKosh. Her message quickly caught the attention of people all over the country.

A popular group called Kids with Down Syndrome shared the picture on their page earlier this month, and it went viral with more than 123,000 shares.

Now, it looks like Nash’s wish may finally come true. OshKosh did take notice, and plans to meet with the toddler next week.

She hopes it doesn’t stop there.

“Using people with special needs shows the world that these people have value and worth just like any typical person does,” she said.