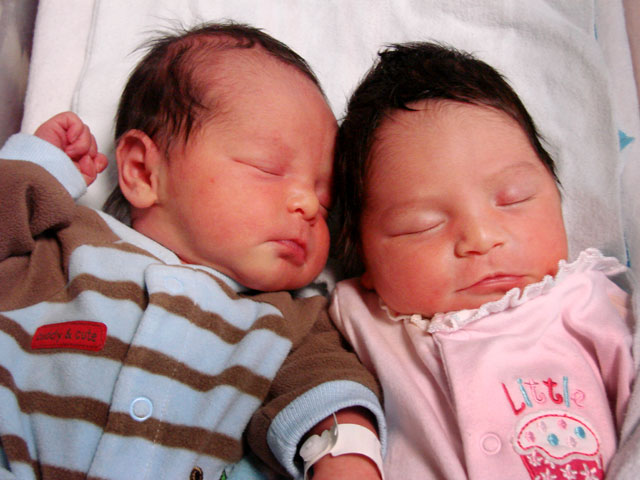 (CBS) Most twins share a uterus before birth. That wasn't the case for a set of fraternal twins born recently in Florida - because their mother has two uteruses, an exceptionally rare condition known as uterus didelphys.

Doctors put the odds of such a pregnancy at one in five million, according to a written statement released by Morton Plant Hospital in Clearwater, Fla., where the twins were delivered via C-section on Sept. 15. It happened only because two eggs were released and fertilized at the same time.

Nathan and Natalie Barbosa are home now and doing well, the St. Petersburg Times reported. Their 24-year-old mother, Andreea Barbosa, learned of her unusual anatomy four years ago, after a routine exam.

Andreea developed a common pregnancy complication known as placenta previa and got ultrasound monitoring, but otherwise the pregnancy progressed uneventfully. Her obstetrician, Dr. Patricia St. John, said, "She had a perfect pregnancy."

And her imperfect anatomy? Only one in 2,000 women worldwide have uterus didelphys, according to the statement. Doctors don't know what causes it but say it may be associated with kidney abnormalities, according to the Mayo Clinic. That suggests it might develop before birth.

Symptoms of uterus didelphys include unusual pain or bleeding, such as blood flow despite the use of a tampon.

The Mayo Clinic has more on uterus didelphys.