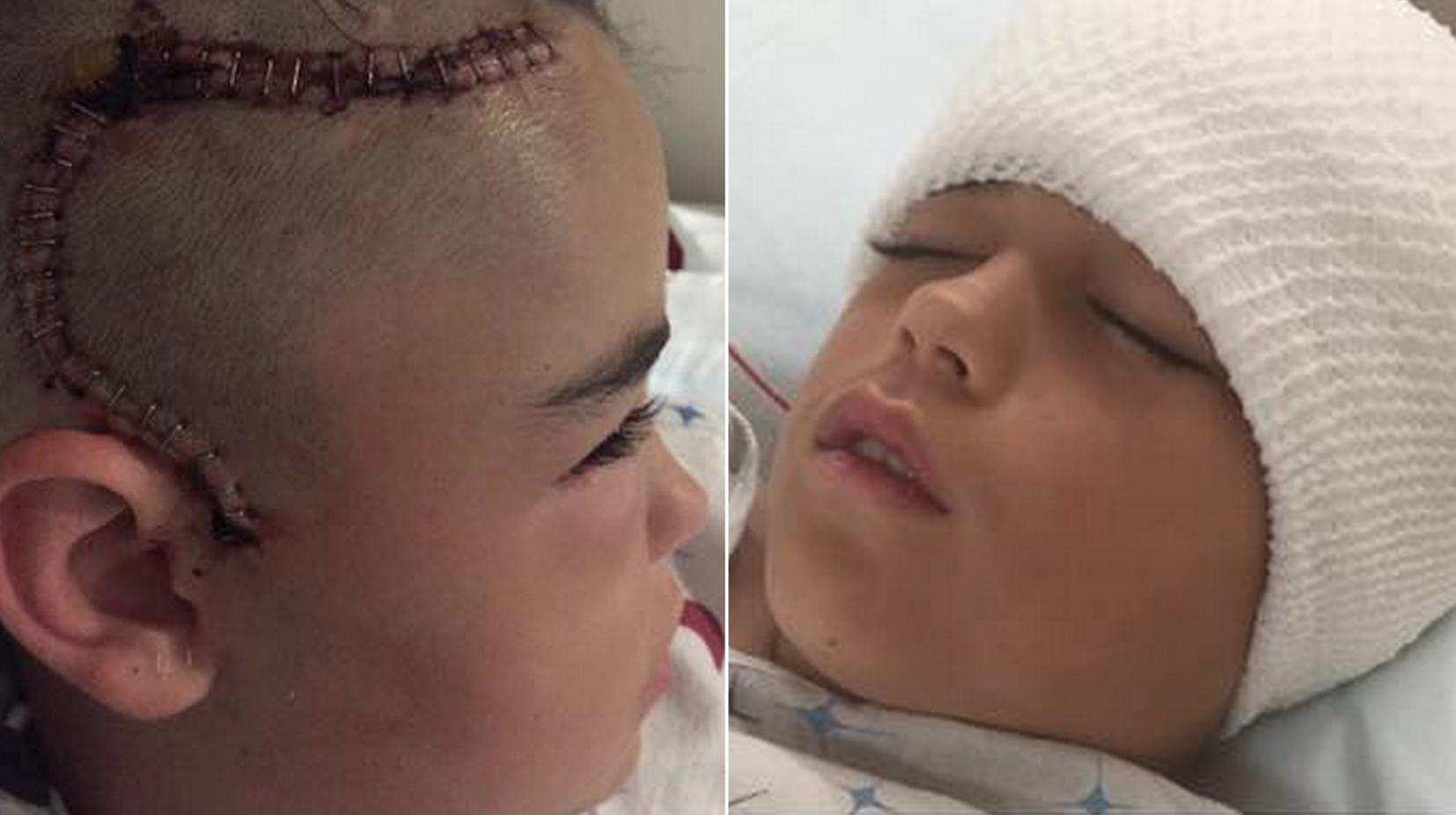 Like any average 10-year-old boy, Jaden Rivera was accustomed to suffering scrapes and bruises while playing outside with friends.

When the Florida boy took a tumble during a bike ride with his brother last month, he got right back up. With only a small road rash on his knee and elbow to show for the fall, Jaden assured his parents that he was "fine."

Despite concerns that Jaden wasn't wearing a helmet at the time, after carefully monitoring and evaluating their son, they agreed.

The next day he was back to his energetic self, aside from complaints about the stinging cuts.

His mom gave him aspirin before bed to ease the pain.

Suddenly, Jaden took a turn for the worse.

"He woke up and was completely lethargic -- didn't want to move," his mother, Tiffany Rivera, told CBS News. "That's unusual for my son; the moment he wakes up he's running around the house."

It was when Rivera ushered him into the car to head to the hospital that he started vomiting.

As soon as Jaden arrived at St. Mary's Children's Hospital in West Palm Beach, Florida, he was taken upstairs for CAT scans. Afterward, the emergency room doctor pulled Rivera aside, telling her, "We need to talk."

"I knew something was really bad," she recalled.

Rivera learned her son had a right temporal fracture of the skull and right temporal epidural hematoma; blood had formed between the inner surface of his skull and an outer protective lining.

The chances of him making it were "50/50," Rivera was told. "They had an hour to do surgery before my son would die."

Three hours and 32 staples later, Jaden was out of surgery. Doctors called his recovery a "miracle."

"Normal cases like his, kids would have already been dead," Rivera said. "He went to sleep... twice."

Now both mother and son are trying to raise awareness for bike safety, urging others to wear helmets when riding at all times. She shared his story on Facebook, which has since gone viral with more than 30,000 shares.

"He wants to show people [his scar]," Rivera said. "He's really up for wanting to help other kids."

Last week, Jaden's staples were removed, but he still has a long road ahead of him.

He's terrified of his bicycle. He can't play sports. And "if he so as much falls or hits his head, he'll die."

Fighting her instincts to be an overprotective mom, Rivera hopes her son will get back on the horse one day.

"Kids are kids -- they don't always listen to their parents," Rivera said. "But hopefully they can look at this picture and see this is what can happen; this can happen to anybody."