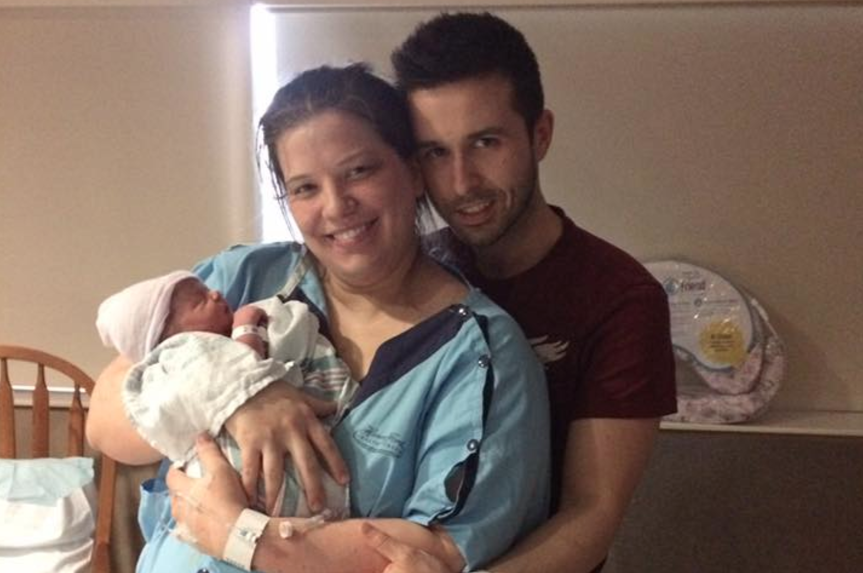 It wasn’t because of bloating, nausea or any of the other typical symptoms pregnant women experience — it was itchiness.

“The itching was so severe that I would wake up and I wouldn’t be able to go back to bed, and my legs and arms were scabbed and bleeding from the uncontrollable need to scratch,” DePino told CBS News.

At first, the 28-year-old thought the severe itching was caused by a combination of regular pregnancy stretching and having recently moved to a drier climate — from Denham Springs, Louisiana to Monroe, Michigan.

She complained to her friends on Facebook, begging for any hint of an answer that could explain the cause of the constant itching and offer relief.

“It started to keep me awake at night,” she said. “It got to the point that I was no longer able to sleep at all.”

A couple of people commented that this may be intrahepatic cholestasis of pregnancy (ICP), a serious condition that impairs the flow of bile from the liver. The condition can occur in late pregnancy and triggers intense itching, usually starting on the hands and feet and spreading to other parts of the body.

DePino reached out to her doctor about her suspicion and after a series of blood tests to check her liver function, she was officially diagnosed with ICP in her 36th week.

A maternal-fetal medicine specialist told DePino that ICP is caused by high hormone levels during pregnancy, interrupting the communication of the gall blader and the liver, causing bile to back up into the bloodstream. There may be a genetic component that makes some women more susceptible.

For babies, complications from cholestasis of pregnancy can be severe. It increases the risk of a baby being born prematurely. There’s also a risk of fetal death late in pregnancy.

“My doctor explained that while not all the reasons are understood, after 37 weeks, patients with ICP are at a very high risk of having a stillborn,” DePino explained. “He also explained that induction was still my choice, as it is possible to carry a baby to full term and not have a stillborn.”

But DePino didn’t want to take any chances, so the week after she was diagnosed, she decided to get induced. Last week, she gave birth to a healthy baby girl.

DePino and her husband, Aaron, were thrilled, but she couldn’t help but think about all the things that could’ve gone wrong. So she decided to share her pregnancy scare on Facebook to warn other expecting mothers about ICP.

“If you’re pregnant and you’re itching REALLY bad, don’t ignore it!” DePino warned in a post Friday that has since gone viral with more than 21,000 shares.

The condition is fairly rare and not everyone may get the same diagnosis, but DePino still thinks it’s an important message to send.

“Don’t ignore the itch,” she said. “A simple blood test could save your baby’s life.”