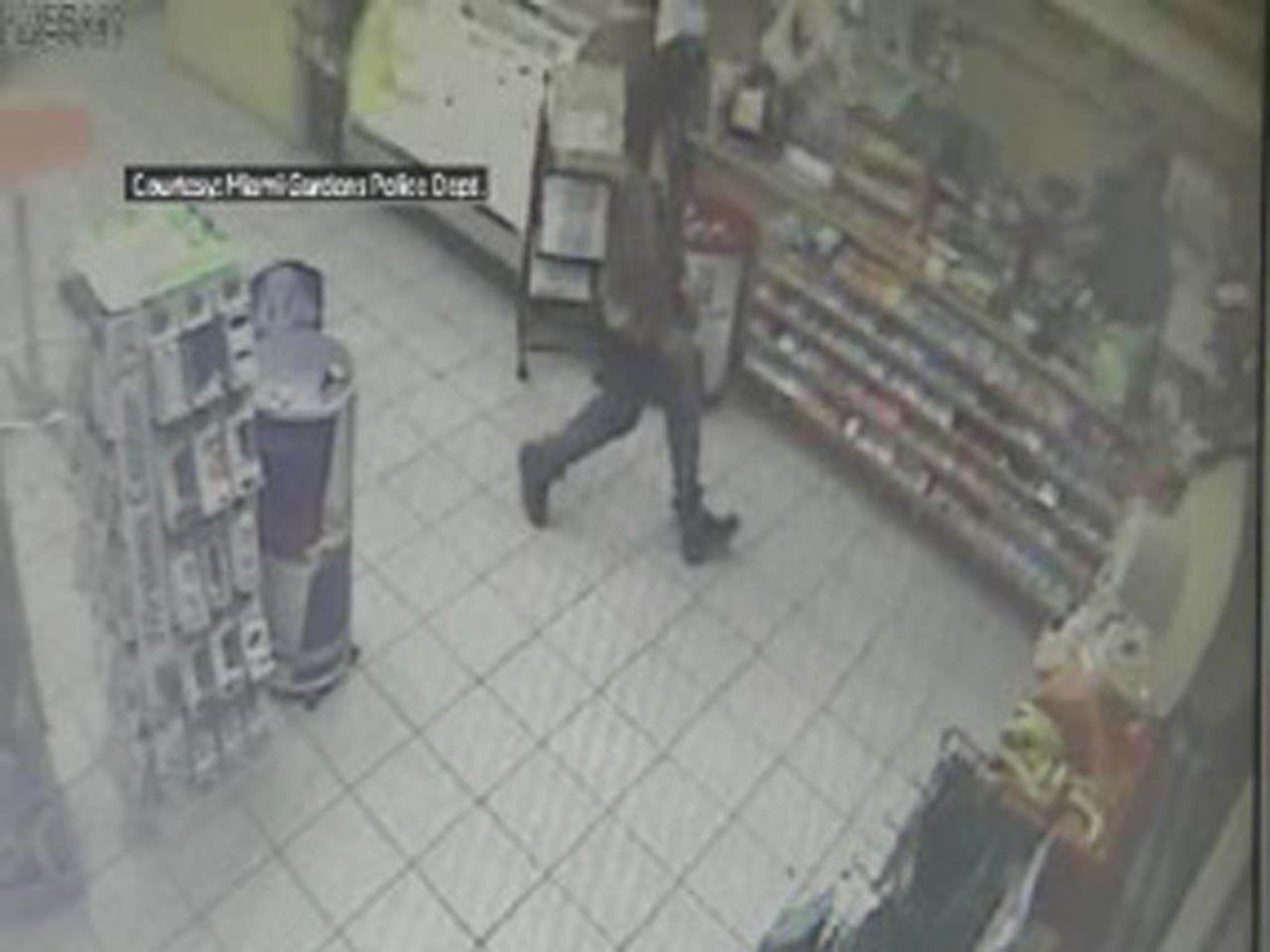 MIAMI GARDENS, Fla. – The mother of a gunman who was caught on surveillance video bumbling through an armed robbery says her son claims he was drugged prior to the incident, reports CBS Miami.

“It really surprise me. It surprises me and I am in shock,” said Shanita Moyd, the mother of 22-year-old Johnny Love. “Nobody is perfect. I’m not saying he is perfect but he has never done anything like that before. I was really hurt and shocked. I’m a little shaky right now.”

“What I got from him was that total strangers who he met, these girls and he was hanging out with them. And they put something in his drink,” Moyd went on to say. “He never acts like that. He has never been in trouble like this before.”

According to CBS Miami, Love is charged with armed robbery, the use and display of a firearm while committing a felony, criminal mischief, carrying a concealed firearm and resisting an officer without violence after police say he entered a Miami gas station at 5:40 a.m. on Thanksgiving and pulled a gun on the clerk.

During his jump, his hat falls off. He grabs it and runs back to the front of the counter, reports the station. He then is seen struggling to open plastic bags to put cash in them, according to the station. He reportedly takes his time putting candy from the display cases in his bags along with the money. At one point, he drops his gun to the floor. He then heads back to the coolers where he slowly puts two 12-packs of beer into his bags.

It appears as if he is going to escape, but for some reason, police say, Love dropped his bags full of stolen merchandise in the parking lot. Bottles roll around the lot. He is seen struggling to put his gun back in his pants and gathering up bottles of beer - one by one. This takes two minutes and he drops the bags again, according to the station.

Suddenly, a police officer who has responded to an alarm from the store runs up to him with a gun. Police say Love tried to run but is quickly caught outside of the camera’s view.

Police say it’s not clear if Love was intoxicated.

According to the station, the store recovered all of the $722 in cash that was taken and nearly all of the beer and gum and other candy that was stolen. The gun used in the incident - a 9 millimeter Glock - was also recovered.

CBS Miami reports Love was held without bond and came before a judge on Friday in bond court, saying only five words, “How are you doing, Judge?”

Records show he has been arrested four times for possessing marijuana.