SALEM, Mass. (CBS/AP) The state says she attempted to murder her autistic son by withholding his cancer medication. But Kristen LaBrie told a Mass. court Monday that she was not to blame for the 9-year-old boy's death.

The prosecutor outlined the allegations against Kristen LaBrie, but offered no details on her alleged motive in repeatedly failing to follow doctors' instructions in how to care for her son, Jeremy Fraser. She was ordered held on $15,000 cash bail on attempted murder, child endangerment and other charges. She pleaded not guilty.

The boy's father, Eric Fraser, said he did not know of any religious beliefs or any other reason why his ex-wife would withhold treatment.

"I have no idea," he said Monday, before LaBrie's arraignment in Salem Superior Court.

LaBrie shook her head as Assistant District Attorney Kate MacDougall said she repeatedly failed to fill prescriptions for her son and deceived his doctors into believing she was giving him the medications he needed to save his life. The boy died in March.

As a young child, Jeremy Fraser had been diagnosed with a serious form of autism.

In October 2006, he was diagnosed with non-Hodgkin's lymphoma, but doctors gave him an 85 percent to 90 percent chance of recovery, MacDougall said.

The boy was given large doses of chemotherapy in the hospital and his cancer went into remission. 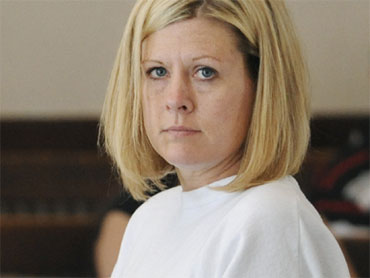 His mother was given prescriptions for medications he was to be given at home. MacDougall said LaBrie repeatedly failed to pick up prescriptions, but led doctors to believe they were being filled, at one point asking for a liquid version of the medication because her son was having trouble swallowing pills.

In February 2008, after one of Jeremy's doctors called LaBrie's pharmacy and learned she had not been filling prescriptions, LaBrie said the pharmacy must have made a mistake, MacDougall said.

It was at that point that doctors discovered that the boy's cancer had returned as leukemia and was untreatable with chemotherapy, she said.

LaBrie's attorney, Kevin James, said Monday that LaBrie was a single mother with "severe financial problems" who bore the burden of taking care of her son.

"She is a victim. She is the mother who took care of her child," James said.

The alleged withholding of medication took place while the boy was mostly in LaBrie's care, authorities said.

LaBrie claimed in probate court documents that Fraser, the boy's father, chronically missed visits with his son and did not have contact with his school or doctors during the boy's chemotherapy.

"No assistance with care," she wrote in documents filed in April 2007.

Fraser, 38, of Saugus, said Jeremy was a happy kid who enjoyed riding dirt bikes and swimming at a family cottage in Tamworth, N.H.

Before the arraignment, he declined to speak specifically about the case against LaBrie, other than to say, "I am relieved that it is moving forward."

LaBrie faces up to 40 years in prison if convicted.