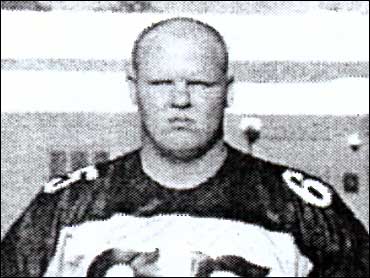 The mother of the man who gunned down former Pantera guitarist "Dimebag" Darrell Abbott and three others during a concert said her son was discharged from the military because he suffered from paranoid schizophrenia.

Mary Clark told Columbus television station WCMH on Wednesday that her son, Nathan Gale, was released from the Marines in 2003 after the military diagnosed the disorder. Gale's rampage last week ended when an officer shot him to death.

Clark, who asked the station not to show her face on camera, also said she bought the 9 mm semiautomatic handgun used in the shooting for her son, before he was diagnosed, because she was proud of his military service.

"I'll never, never be able to live that part down," she said.

Gale, 25, of Marysville, charged the stage at a show by Abbott's new band, Damageplan, on Dec. 8 at the Alrosa Villa nightclub. He shot and killed four people, including Abbott, before police officer James D. Niggemeyer shot him to death.

Clark said Niggemeyer had no choice.

"I give that man credit," Clark said. "You'll never know how many lives he saved."

Two others were wounded in the attack, including tour manager Chris Paluska, who was released from the hospital Thursday.

The shooting investigation is nearly complete, police said, but they may never know exactly why Gale opened fire.

His mother said Gale was obsessed with Pantera, a popular, Grammy-nominated heavy metal band, and had a drug problem in high school. She said he believed the band had stolen song lyrics from him, a statement also made by some of Gale's friends who have said Gale complained the band was trying to steal his identity.

Gale came home from the Marines with medication for his illness, Clark said, but she did not know whether he took the pills.

Maj. Jason Johnston, a Marine Corps spokesman at the Pentagon, said legal reasons prohibit him from for discussing why Gale was discharged.

In a separate interview, Gale's former boss at an oil-change business said Gale acknowledged suffering from schizophrenia when he was hired in October 2003. The condition is characterized by delusions and hallucinations.

"I would always say, 'Are you OK?' Occasionally I'd ask him if he was taking his medication," Rich Cencula, owner of Minit Lube in Marysville, told The Columbus Dispatch. "He always told me that he was." He said Gale later quit because he needed more money and better hours.