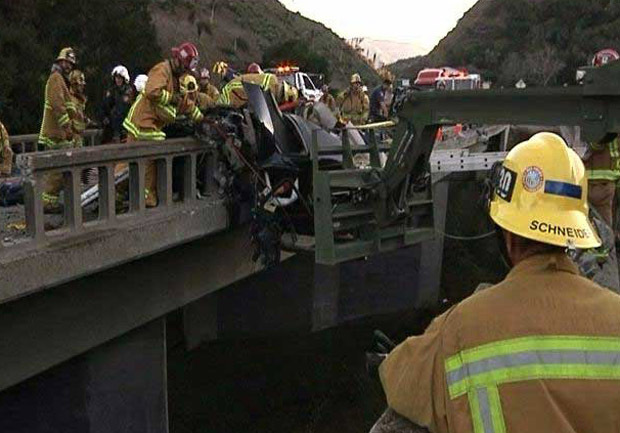 BUELLTON, Calif. - A mother and her two daughters have been rescued from a BMW teetering on a California freeway bridge after a gravel truck rear-ended the car then plunged into a creek, killing the trucker.

The Santa Barbara News Press says the truck hit the 36-year-old woman's BMW on Thursday afternoon in the northbound lanes of U.S. Route 101 in rural Buellton, about 25 miles north of Santa Barbara.

The BMW struck the bridge railing and teetered over a 100-foot drop into the creek with Kelli Groves and two daughters, ages 10 and 10 months, trapped inside.

The San Juan Capistrano family was pulled out of their demolished car an hour later. They are hospitalized.

The trucker died when his rig crashed into the creek and burst into flames.