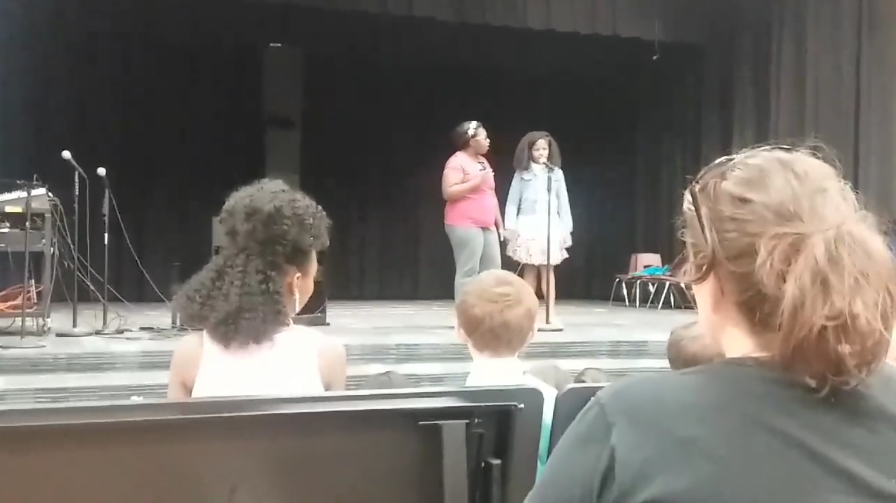 There's a leading contender for Mother of the Year -- along with the supporting evidence in the form of a viral video that has racked up more than 7 million views.

But about a minute in, Makayla's voice faded.

"I just forgot because I was nervous to, like, even sing anymore," Makayla said.

"I was like, 'Uh-oh it looks like she's about to have a meltdown or have a breakdown.' And I don't want her to feel defeated ... so that's when I just stepped in to help her going."

Shaye was asked what the song meant to her.

"It means a lot. It means perseverance," she told CBS News. "Before I moved to Colorado ... that was one of the songs that helped me push on."

The family having a hard time adjusting to a place so far from the home they'd known in Georgia.

Shaye wrote on Facebook that "sometimes I am hard on myself as a mom. And I think I'm not doing enough."