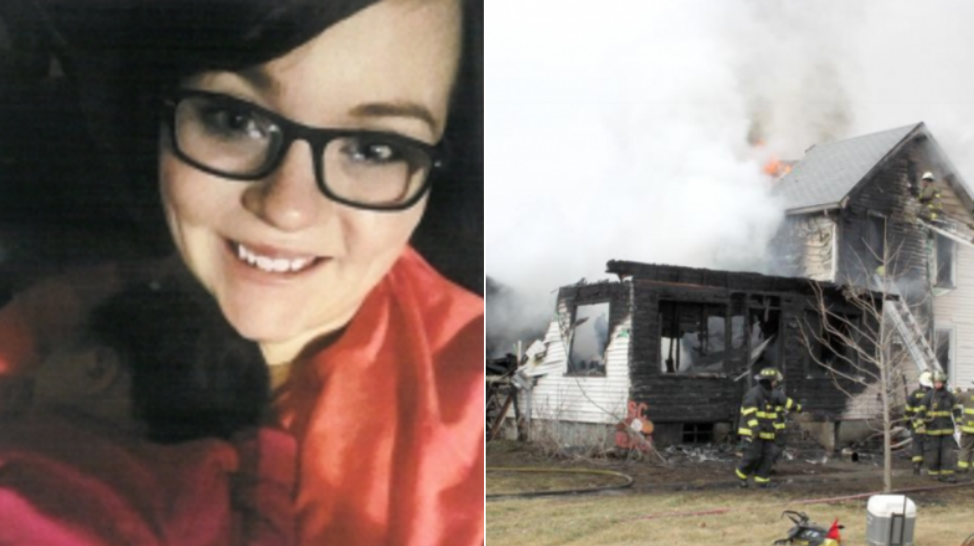 A young mother who died in a house fire on Monday is being hailed a hero for the quick-thinking move that authorities say saved her newborn daughter’s life.

Shelby Carter strapped her 10-day-old baby, Keana, in a car seat and dropped her from a second-story window as flames engulfed the family’s home.

Crews worked to rescue Carter, who was trapped inside, but they couldn’t reach her in time. The 21-year-old mom put her child’s life before her own, Stark County Sheriff Steve Sloan told CBS affiliate WMBD.

Carter was pronounced dead after being found by firefighters in an upstairs bedroom of the two-story home, officials confirmed to the Journal Star. An autopsy found she died from smoke inhalation.

Members of the fire department took to Facebook later that night to offer condolences and ask for donations to help the woman’s family.

“Words can not describe what has happened within our community today,” the fire department said. “We have experienced a feeling that no department wants to go through. Words can not express the way we truly feel.”

“Her 21st birthday was yesterday, and on Facebook, she had posted what a great birthday and this morning on Snapchat I’d seen ‘loving these mommy moments’ and she had the baby laying on her chest,” Carter’s cousin, Shawna Burwell, told WMBD.

The young woman’s obituary said that children were her “passion.”

“She loved every child she came in contact with and they loved her,” her obituary said. “Her greatest moment was becoming a mom.”

Carter graduated from Tricoci University of Beauty Culture-Peoria to be a nail technician and was going back to school at Mid-State Technical College to be a pharmacy technician. She was a beloved member of the community.

A GoFundMe page had raised more than $30,000 as of Saturday evening to help Carter’s family and her baby.

“It has been unbelievable to witness the amount of support that our community has given not only to the family but to everyone involved in this tragic event,” Plumer said. “It makes us very proud and honored to be a part of this community.”