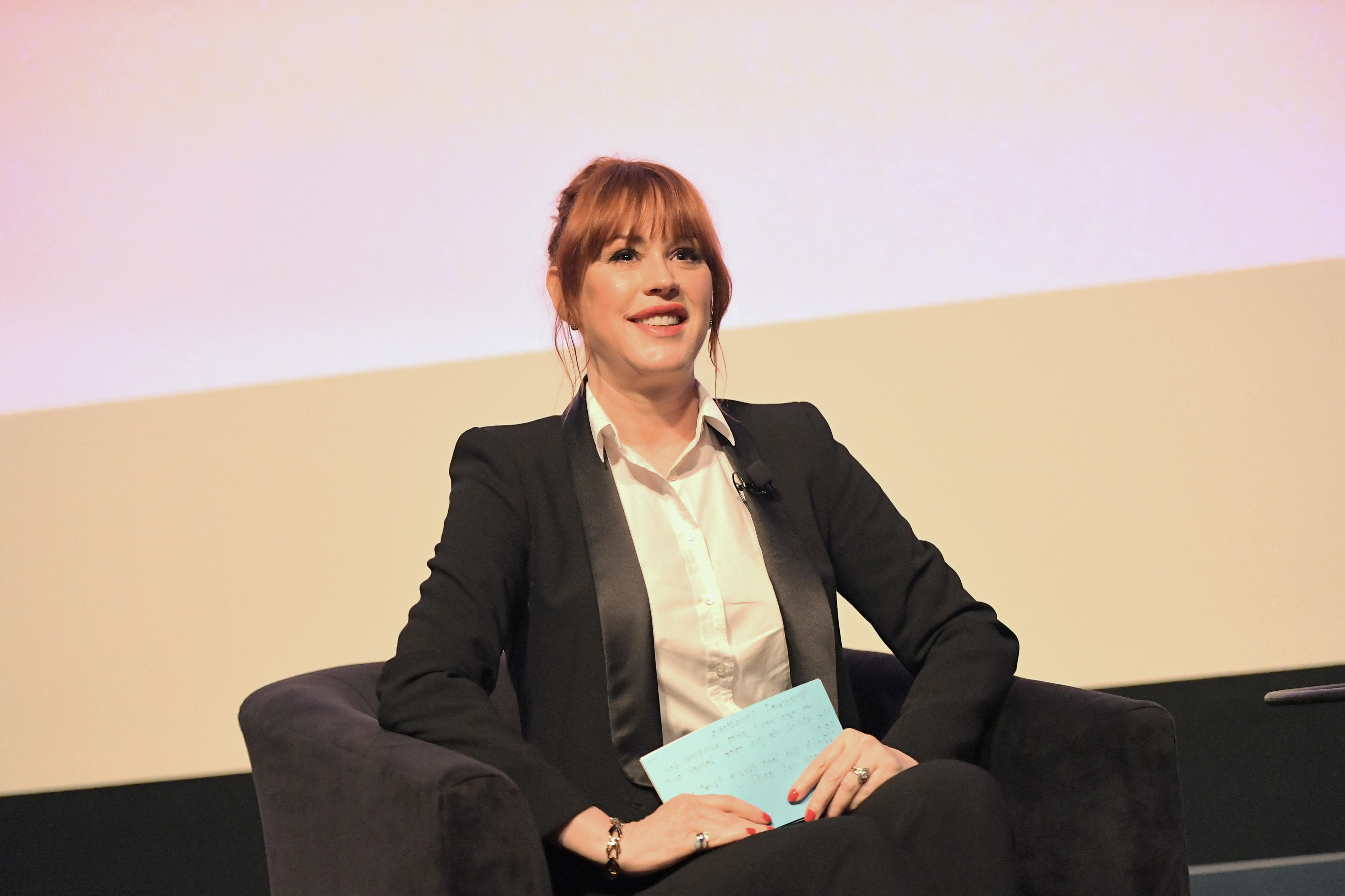 Molly Ringwald, the face of teen movies in the 1980s, says in a new interview with NPR that she finds parts of "Sixteen Candles" problematic. The "Riverdale" actress, who also starred in John Hughes' hit "The Breakfast Club," says she's "bothered" by scenes from "Sixteen Candles" in which characters joke about sexual assault.

In "Sixteen Candles," Ringwald's character's crush Jake Ryan says about his girlfriend, "I've got Caroline in the bedroom right now passed out cold. I could violate her 10 different ways if I wanted to." In another scene, Caroline does not remember having sex with Ted, who Jake sent home with her.

Ringwald said that she felt uncomfortable with some of the scenes at the time, but was afraid to overstep her boundaries.

"I mean, there were parts of that film that bothered me then," she admitted to NPR. "Although everybody likes to say that I had, you know, John Hughes' ear — and he did listen to me in a lot of ways — I wasn't the filmmaker. And, you know, sometimes I would tell him, 'Well, I think that this is kind of tacky' or 'I think that this is irrelevant' or 'This doesn't ring true,' and sometimes he would listen to me, but in other cases he didn't. And, you know, you don't want to speak up too much. You don't want to cross the line. Or at least that's the way that I felt at the time."

In April, Ringwald examined movies she acted in from the 1980s for the New Yorker, pointing out one-dimensional portrayals of women and discussing consent issues in the films. On Sunday, Ringwald revisited the topic with NPR and said she feels "differently" about the films now.

"What was acceptable then is definitely not acceptable now and nor should it have been then, but that's sort of the way that it was," she said. "I feel very differently about the movies now and it's a difficult position for me to be in because there's a lot that I like about them. And of course I don't want to appear ungrateful to John Hughes, but I do oppose a lot of what is in those movies."

Ringwald said she does still love the films and the sentiment that teenagers' feelings matter. She also said she especially loves her character in "Pretty in Pink," who she called "a strong woman."