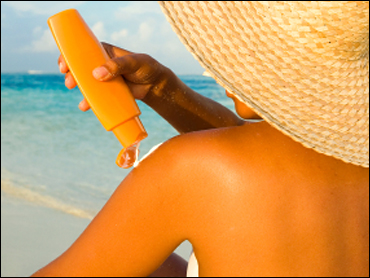 Mice are not men. But the unexpected finding suggests that these -- and perhaps other products -- may not be as safe as they're thought to be.

The moisturizers tested in the study were Dermabase, Dermovan (a wholesale only product discontinued in 2006), Eucerin Original Moisturizing Cream, and Vanicream.

In a mouse model of sun-related skin cancer , frequent application of each product resulted in more skin tumors and faster tumor growth, says study leader Allan H. Conney, PhD, director of the Susan Lehman Cullman Laboratory for Cancer Research and professor in the school of pharmacy at Rutgers University in Piscataway, N.J.

"This was unexpected. We really did not expect to see the tumor-promoting activity of these creams," Conney tells WebMD.

In fact, Conney and colleagues were getting ready to use one of these moisturizers -- Dermabase -- in human clinical trials of topical caffeine, which prevents skin cancer in animal studies.

"We thought it would be prudent to test Dermabase by itself to see if it had tumor-promoting activity," Conney says. "We did not think it would. But lo and behold, to our surprise we got an increased rate of skin cancer."

This led to new tests of Dermabase and the three other moisturizers, which the Conney team hoped to use in their human study. For these new animal studies, the researchers used hairless mice irradiated with ultraviolet light twice a week for 20 weeks. With no further irradiation, such mice eventually develop skin cancer -- very much like humans overexposed to sunlight early in life.

Five days a week, for 17 weeks, the researchers rubbed moisturizer into the animals' skin. The result:


"The multimillion-dollar question is, what about humans?" Conney asks. "The answer is, we don't know. Our study raises a red flag and points out the need for epidemiologists to take a look at people who use moisturizing creams. And the companies that market these products should take a look at animal models and see if their products promote tumors."

Dermatologist Keyvan Nouri, MD, director of dermatologic surgery at the University of Miami Miller School of Medicine and author of the best-selling book Skin Cancer, agrees that companies that make moisturizers should test their products.

"This study could definitely be a warning to alert these companies to consider testing moisturizing creams with some sort of assay," Nouri tells
WebMD. "These creams need to be tested first before they come to market."

Moisturizers are classified as cosmetics by the FDA, which does not require that they undergo the same safety and efficacy tests required for drugs

The moisturizers did not cause cancer in the mice. That came from their early-life radiation exposure. But the creams did make skin cancers grow faster and more readily.

Nouri notes that the radiation damaged the skin of the mice before the moisturizing creams were applied. That, he says, might account for the moisturizers' unusual tumor-promoting effect.

However, he notes that the skin cancers are becoming much more common in humans.

"There are over a million cases a year," he says. "It is by far the most common cancer we deal with. Skin cancers account for more than half of all cancers combined. But most skin cancers are totally curable."

What is it about the moisturizers that might promote cancer?

But not all of the products tested use these ingredients, so exactly what -- if anything -- might be linked to cancer isn't known. And it's certainly clear that mouse and human skin are very different.

"As we get older, our skin gets drier," he says. "We need to moisturize, otherwise our skin gets dry and we get eczema , dermatitis , rashes , and so on. It is too soon to say from this study people should stop moisturizing."

Eucerin is made by Beiersdorf Inc.

"We have just learned about this study and are currently reviewing it to understand the findings," Beiersdorf says in a statement to WebMD. "Eucerin Original Creme has been on the market for more than 100 years and is a highly respected, dermatologist-recommended brand. It has been widely used by both individuals with normal skin and those with diseased skin under the
care of physicians, and no incidents of this nature have ever been reported."

Vanicream is made by Pharmaceutical Specialties Inc. In a statement to WebMD, PSI President Conrad O. Thompson, RPh, says there is nothing in the Conney study to indicate any need for change in current recommendations for use of Vanicream.

"Treatment with Vanicream Skin Cream clearly did not increase the proportion of animals that developed tumors," Thompson notes.

Dermovan, a wholesale-only product used as a base to which other ingredients are added by compounding pharmacists, was made by Healthpoint Ltd. until the product was discontinued in 2006.

"The product has been around for 50 years, and has no safety issues related to it," Healthpoint spokesman Mark Mitchell tells WebMD.

Dermabase maker Paddock Laboratories Inc. did not respond to WebMD's request for comment.

The Conney study appears in the Aug. 14 advance online issue of the Journal of Investigative Dermatology.