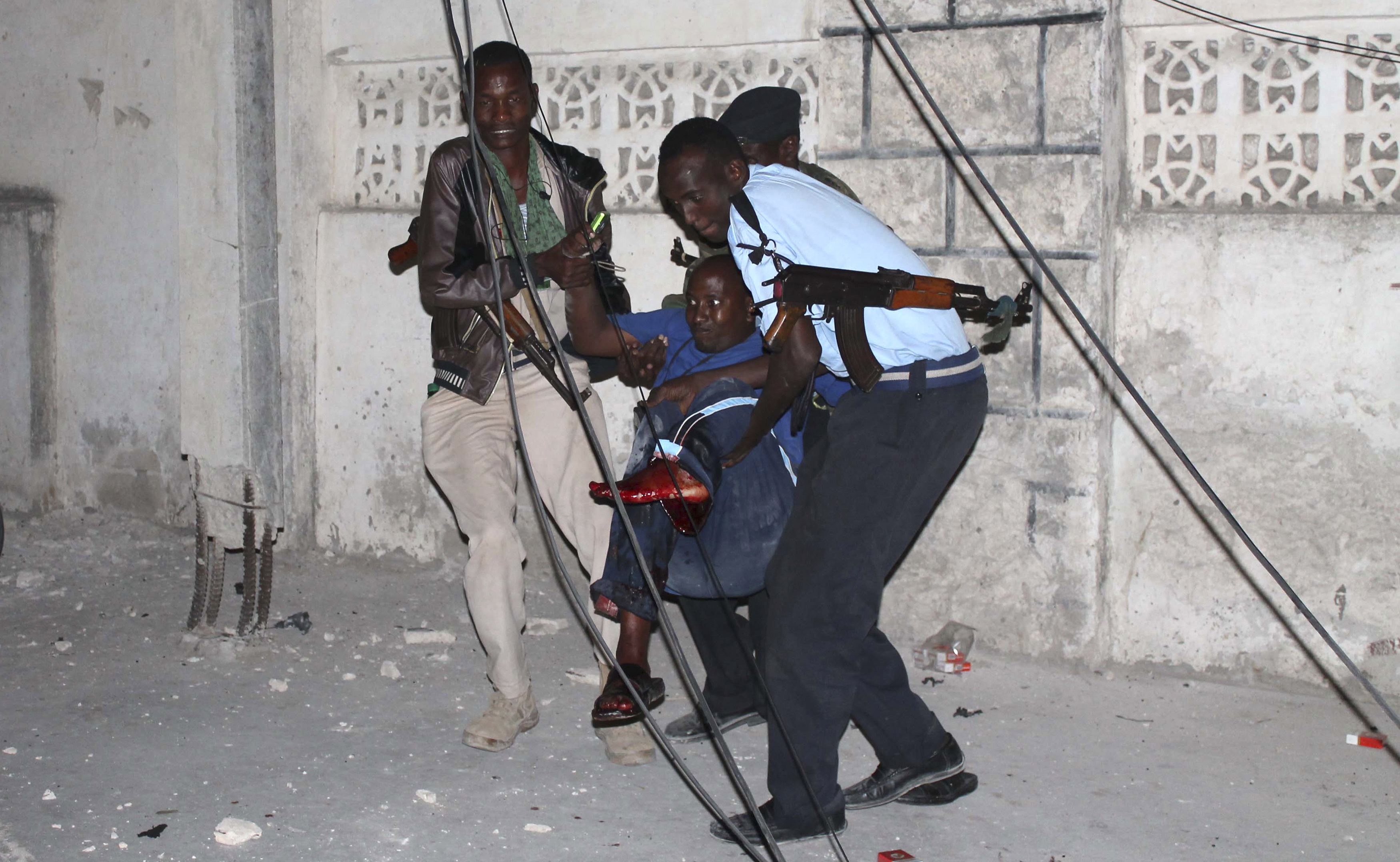 MOGADISHU, Somalia -- Two car bombs exploded on Wednesday night outside a hotel in Somalia's capital that often is used by foreigners and government officials, killing at least six people and wounding eight, police said. The explosions occurred one day after al Qaeda-linked Islamic rebels had warned Mogadishu to brace for an attack.

Gen. Abdihakim Saed, Somalia's police chief, told a local radio station two men who appeared to be suicide bombers also died during the attack when they tried to force their way into the Jazeera Hotel as the cars exploded, and security forces shot and killed them.

Abdikadir Abdirahman, the director of a private ambulance service, told Reuters at least 11 people had been killed. Reuters also reported that a third blast took place about an hour after the first two explosions when a bomb went off inside a car that was being searched by the military.

Police Capt. Mohamed Hussein told The Associated Press that shortly after the first explosion occurred outside the heavily guarded hotel near Mogadishu's international airport civilians and hotel guards rushed to the scene. At that point, he said, the second car bomb exploded, causing most of the casualties.

Still, Saed said the security forces had "foiled" what could have been a much deadlier New Year's Day attack.  "Our forces were on high alert for about two days after we received information about an imminent attack," he said.

No one immediately claimed responsibility for the blasts. However, the al Qaeda-linked Islamic rebels of al-Shabab frequently stage lethal attacks in Somalia near the seat of government and at sites popular with foreigners.

In a radio message Tuesday, a senior al-Shabab commander warned civilians to stay away from government buildings as well as sites controlled or owned by foreigners. The commander, Ali Mohammed Hussein, said attacks were imminent in Mogadishu.

The Jazeera Hotel has been the target of previous terrorist attacks. In September 2012, it was the scene of an assassination attempt on Somalia's president on his second day in office.

Al-Shabab once controlled Mogadishu, but it was ousted from the capital in August 2011. Despite some security gains made in Mogadishu over the years, the militants still penetrate the seaside capital to carry out suicide attacks.

Neighboring Kenya has been the scene of multiple terrorist attacks since the country sent its military to Somalia in 2011 to fight al-Shabab. In September, the group claimed responsibility for an attack on the Westgate Mall in Nairobi that killed 67 people. Al-Shabab said it was in retribution for Kenya's involvement in Somalia.