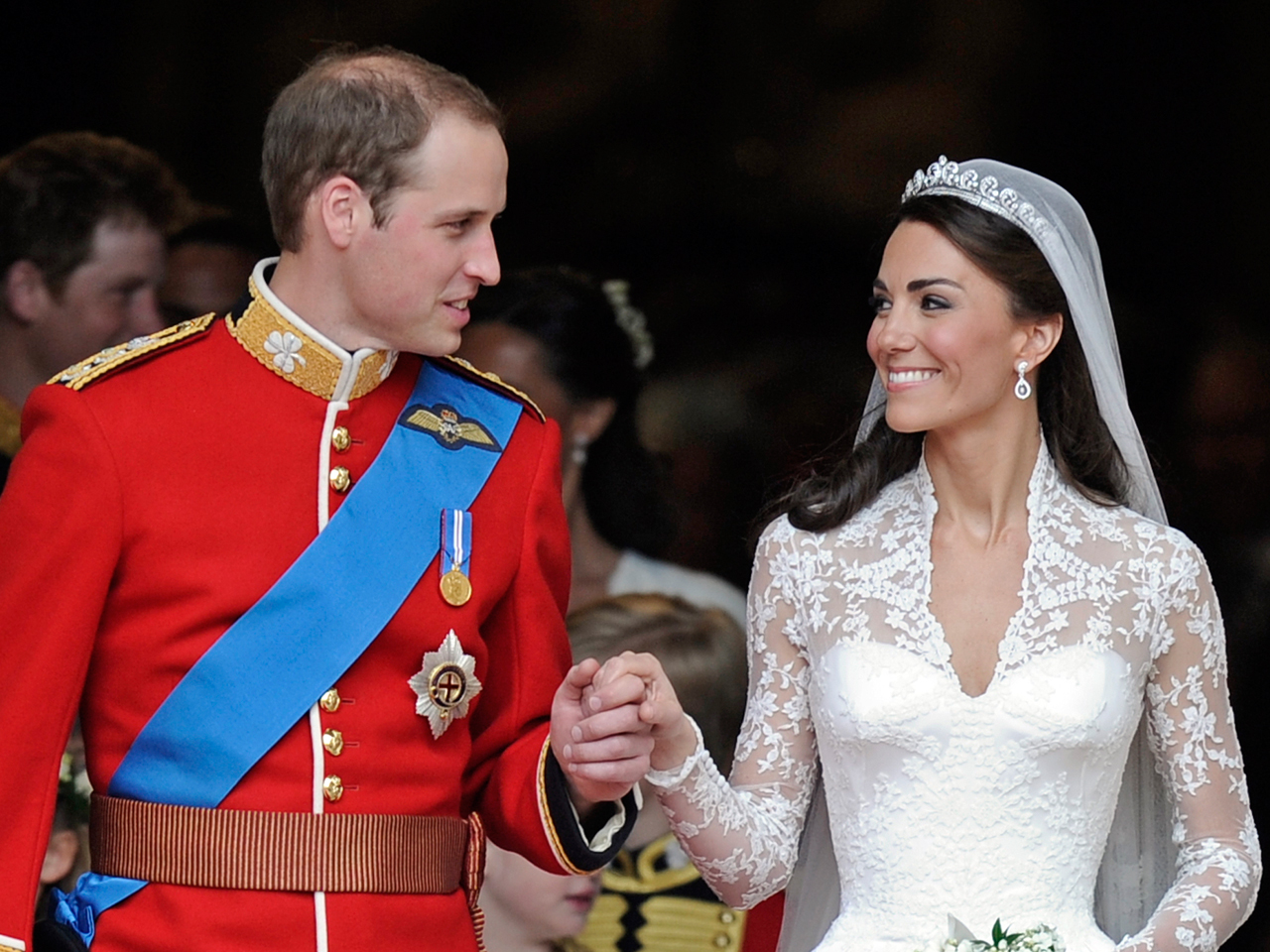 LONDON - Even though Kate Middleton has married her prince, according to a recent poll, nearly 9 out of 10 British women wouldn't trade places with her. Almost all of them cited the difficulty of leading a normal life as a royal.

Even on their wedding day there's a question being whispered: Where do William and Kate go from here? What's next?

It's a land of mists and sheep and isolated farmhouses - one of which William and Kate will live in.

They say you can squeeze about 10 years of marriage into a year out here. And William still has two years to go, based here, as a search and rescue helicopter pilot.

"It can get pretty rough. It's pretty unpleasant. You're flying rescue missions. You know, it's quite hairy sometimes," says Tom Bradby, a British television correspondent and old friend of William's.

William has a "real job," says Bradby. And he now has a wife. The couple will be living without servants, hoping for some private, quality time.

And it's hard to get more private than here.

"They can just do their thing, sit with pizzas on their laps in front of the television," says British magazine editor Rachel Johnson. "They can just pretend they are any old couple, any old newly married couple for a bit.

Except that William is second in line to the throne and it's a good bet that, sooner or later - probably sooner - the press will come calling.

Kate's already had a taste of the paparazzi and they certainly have an appetite for her.

"That's a picture which will go down in history," he says. "People are going to be using this picture again and again."

She's money in the bank. "Thousands of pounds from just one frame," says Bieny.

But mostly, the press has behaved itself - restrained itself, even - with William and Kate. Why? Princess Diana.

"No one wants to go down that road again. The paparazzi had an absolute field day and they drove poor Diana to the brink," says newspaper columnist Richard Kay. "People are conscious that because that happened before, we mustn't allow it to happen again."

Maybe, but to help them along, there's now also the threat of legal action, politely called here, the red carpet rule.

"If a celebrity or member of the royal family is out on official business...then the press are able to be there to take their photographs," Kay explains. "But when these same people go out privately...then officially the attitude is hands off, back off, they're entitled to a private life."

A private life proved impossible for Diana, so she tried to use the press's fascination with her to focus attention on her favorite charities.

"William's mother was this massive iconic figure, the most famous figure of our age...is that worrying, is that intimidating?" Bradby asks Kate in the only television interview after the couple's engagement.

"Well, obviously it'd be - I would love to have met her," she replies. "And - and she's obviously - she's a-- she's an inspirational woman to look up to."

"No one is trying to fill my mother's shoes. What she did is fantastic. It's about making your own future and your own destiny and Kate will do a very good job of that," adds William.

But if royals are good for charity, what they're best at is making more royals. That's what royal marriages are for.

"Children. Do you want lots of children? See what comes?" Bradby asks the prince.

"I think we'll take it one step at a time," William replies. "We'll sort of get over the marriage thing first and then maybe look at the kids, but obviously we want a family so we'll have to start thinking about that."

"Once the wedding's out of the way, what's our next storyline? Where's the next revenue stream coming from?" Wharfe says with a laugh. "That's how it works."

"The soap opera continues in other words?" Phillips remarks.

"The soap opera has begun and it will continue," Wharfe replies.

Hopefully long into the future.

"I have very very high hopes for this couple," Johnson says. "They're the same age, they went to the same university, they've been together for eight years... their eyes are wide open as they go into it... for all these reasons, it might work..."