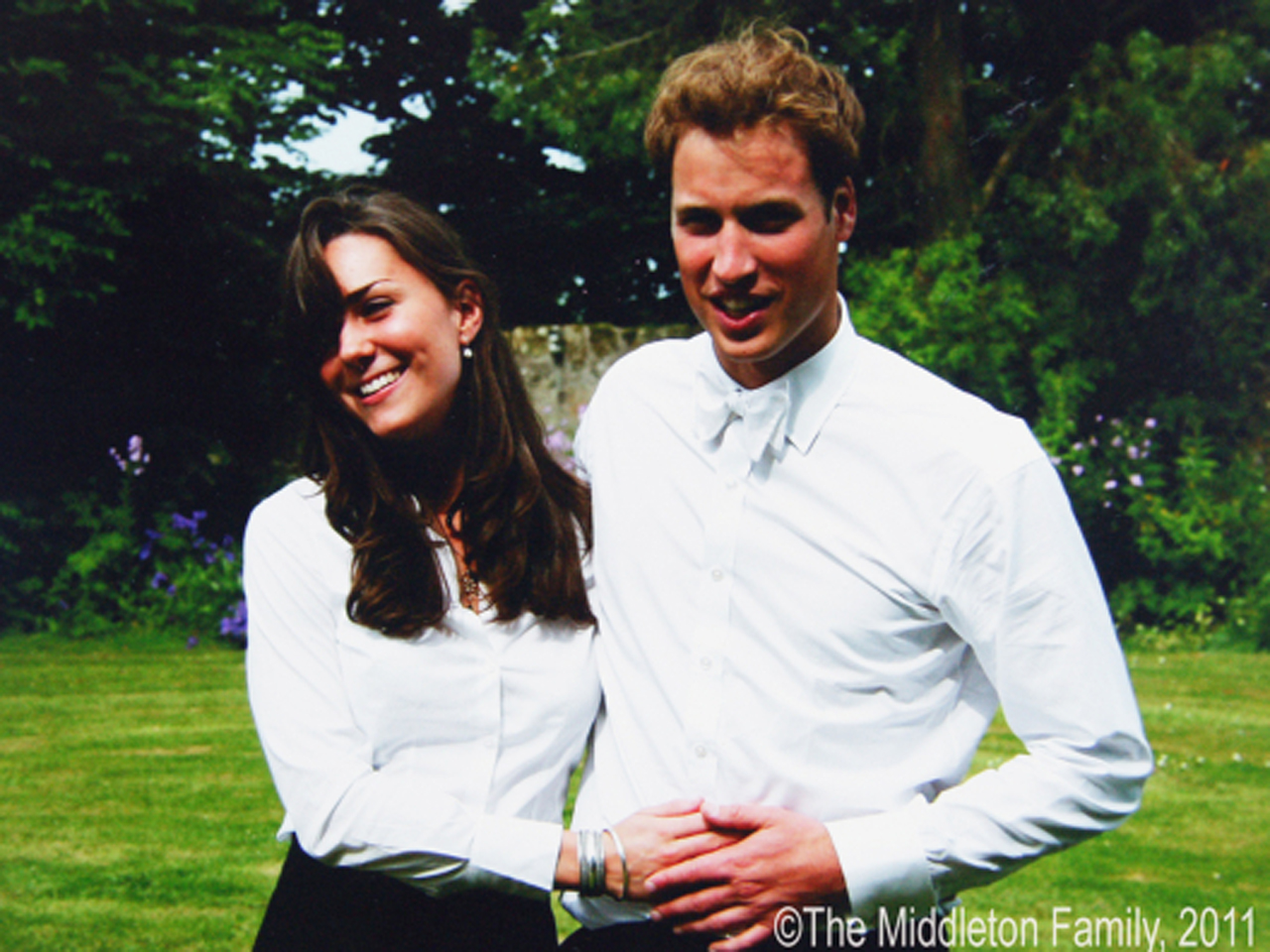 On the day William and Kate announced their engagement, there's no doubt who was the bigger draw.

"Nobody knew anything about her really... People were curious. We had never heard her speak before. What does she sound like? What does she really look like up close up?" says British TV correspondent Tom Bradby, a trusted friend of William's and a wedding guest.

Bradby was handpicked to get the inside scoop from the happy couple.

"She was incredibly nervous," he says.

"It's obviously nerve wracking, because I don't know the ropes really," Kate tells Brady in the interview. "William is obviously used to it, but I'm willing to learn quickly and work hard."

"I really hope I can make a difference, even in the smallest way. I am looking forward to helping as much as I can," she says.

Kate and William met in 2001 at St. Andrews University in Scotland.

"She was studying the same subject as William... so it was only a matter of time before they'd meet," says Claudia Joseph, Kate's biographer.

By sophomore year, the two were living together.

"Does William ever cook or indeed do anything useful around the house?" Bradby asks Kate in the interview.

Last fall, when William proposed to Kate, it was a bit surprising since she is a commoner.

"When I hear the word commoner, it sounds like a pejorative," Roberts notes. "Is it?

"It doesn't mean she's common," Joseph explains. "It means that she is not an aristocrat, and she's not a royal."

But maybe Kate always knew what was in store for her. Even if growing up her life seemed ordinary, she got a clue of what was to come when a fortune-teller in a school play gave her the good news when she was only 13 years old.

"Soon you will meet a handsome man, a rich gentleman," says the fortune teller.

"It is all I have ever hoped for," she replies.

It was certainly a long shot - but that fortune came true. And it's partly because Kate the commoner has always had something that William the future king did not.

"Kate is from a very stable, middle class family where they're as thick as thieves with each other and very loyal to each other," Bradby explains. "It's very clear that that is what he wants."

"Kate's got a very, very close family,' William says. "I get on really well with them and I'm very lucky that they've been so supportive."

Even thought their relationship was solid - it did falter for a time in 2007, when William seemed to long for his bachelor days.

"I think he thought, 'Can I be sure this is the woman for the rest of my life? I don't really know what it's like to be in another relationship.' Maybe you think you've met someone really special but...y'know are you sure? I mean, the rest of time? No divorce, stuck together forever, no out. That's a hell of a load to have on your back," Bradby says. "So he splits, then sort of sees her running around."

Video: Where Kate goes when she fancies a "Snog"

"Kate of course played him to perfection, shall we say. She lost weight and got some very attractive clothes and was seen out on the arm of a string of eligible young men," says Joseph.

"He thinks, 'Oh blimey, I don't want her with anyone else, and I love her really, blah blah," says Bradby.

"At the time," Kate tells Bradby, "I wasn't very happy about it, but actually it made me a stronger person, you find out things about yourself that maybe you hadn't realized."

And at last, after eight years together, today, Kate and William got their storybook ending with the whole world watching.