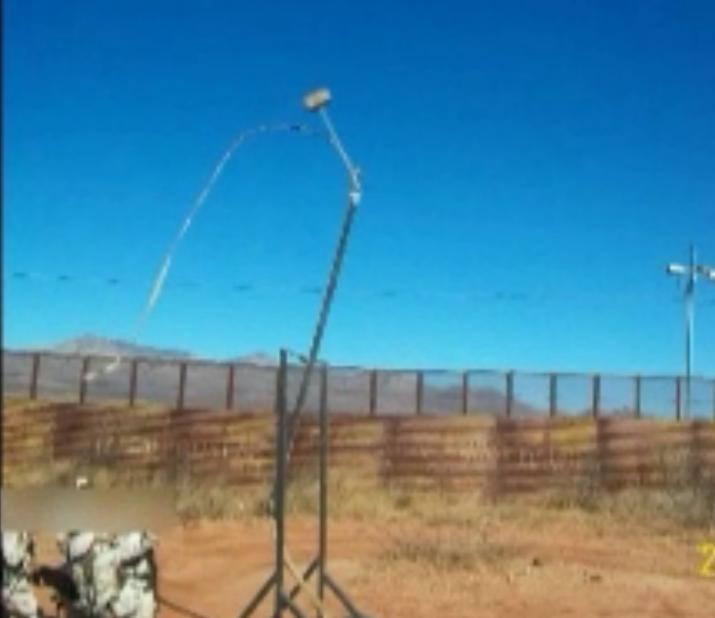 HERMOSILLO, Mexico (CBS/KOLD/AP) Mexican and American officials have foiled a scheme where smugglers tried to fling marijuana across the Arizona-Mexico border using a catapult.

According to CBS affiliate KOLD, Border Patrol agents working with the National Guard contacted Mexican authorities, who went to the location and disrupted the catapult operation.

The 9-foot-tall catapult was found about 20 yards from the U.S. border on a flatbed towed by a sport utility vehicle, according to a Mexican army officer with the 45th military zone in the border state of Sonora.

The catapult was capable of launching 4.4 pounds of marijuana at a time, the officer said Wednesday, speaking on condition of anonymity for security reasons.

According to CBS News' "The Early Show," soldiers seized 35 pounds of marijuana, the vehicle and the catapult device, the officer said. The smugglers left the area before they could be captured.

Naco is about 80 miles southeast of Tucson.