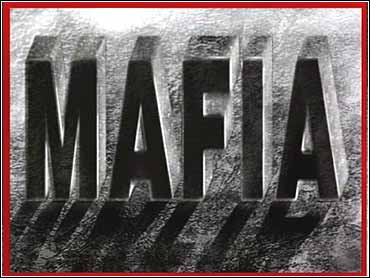 Fearing they would be the laughingstock of New York's underworld, a mafia turncoat testified in court Wednesday that he killed his mob boss because he engaged in gay sex.

Anthony Capo, a former soldier for the New Jersey-based DeCavalcante family, which is often described as the real-life "Sopranos," said he killed John "Johnny Boy" D'Amato after finding out about his secret life, the New York Post reports.

The stunning admission came as Capo was testifying at the racketeering, murder and conspiracy trial of Stefano "Steve" Vitabile, a DeCavalcantes' counselor, and alleged capos Philip Abramo and Pini Schifilliti.

The Post reports Capo was shocked and in disbelief when D'Amatos' girlfriend confessed to him that his boss was gay.

"She told me John D'Amato and her were going to sex clubs in the city, swapping partners and John was engaging in homosexual activity," he said.
While it was approved by the family's leaders, the killing was carried out without the consent of the commission of all New York crime families — thus making it a "very delicate matter."

"The rule in La Cosa Nostra is not to take down a boss without the permission of the commission," Capo said.

Capo described how in 1992 he and another mobster arranged to pick up D'Amato from his girlfriend's home in Brooklyn.