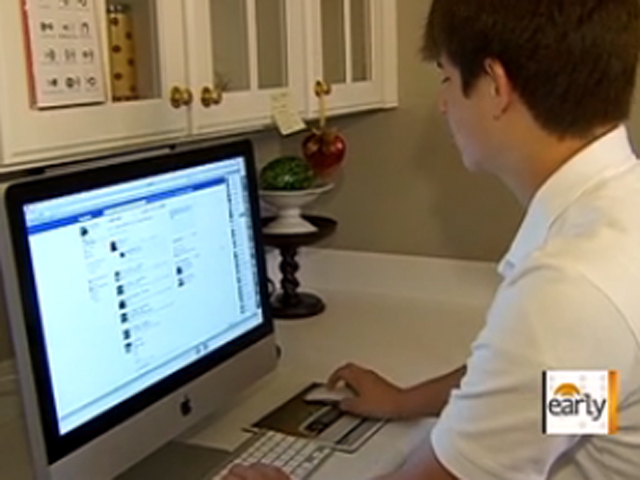 Among other things, Missouri's Senate Bill 54 bans educators from having private online communications with students using social media outlets, such as Facebook. But the measure is causing a stir among teachers who say they use the online resources to keep up with their students.

The Missouri law, CBS News Correspondent Karen Brown reported, will soon make it illegal for educators to have private conversations with students on Facebook and other social media platforms.

That's a big problem for Chuck Collis, a science teacher, who believes communicating online with kids today is essential to their learning.

Collis said, "This is no different from me sending emails to students which I've been doing for many, many years."

Collis says he feels the law unfairly "tags" teachers as potential predators. But state Sen. Jane Cunningham (R - West County), who sponsored the bill, argues it will reduce the threat of sexual misconduct.

She told CBS News, "If predators are inside our classrooms, we need to deal with that."

"We only prohibit hidden communication between an educator and a student," she said.

Tony Rothert, legal director of the American Civil Liberties Union of Eastern Missouri, said, "This law has caused nothing but confusion."

Concerned about the threat to free speech, the ACLU, may file an injunction against the legislation, based on the First Amendment.

Rothert said, "What they're doing is proverbially taking a bazooka to a fly here. They're decimating a large amount of protected speech on an effort to stop a small amount of dangerous speech."

Facebook is following the debate closely, and released this statement to CBS News: "It is imperative that this law does not limit schools' and teachers' ability to use technology...to educate Missouri's students."

Elliott Shevitz, 14, recently was permitted to use Facebook. His father, Mark Shevitz, says he understands the online dangers kids face, but worries this law could put an end to an opportunity for the Facebook generation to connect with their teachers.

According to Facebook, 72 percent of parents monitor their kids' pages.

Shevitz said, "I can monitor Facebook. I have the codes and I can monitor his chats and those things that are private at any time. Parents have a responsibility."

On "The Early Show" attorney and cyber-safety expert Parry Aftab, the founder of Wired Safety, a group dedicated to online safety, said the new law is "well-meaning, but misguided."

"This law shouldn't have been passed," she said. "There are lots of other ways to get at it. It's fear-based, whereas we're seeing a lot of good that's coming from teachers being able to communicate with their students and students being able to confide in their teachers if things go wrong. They're often the trusted adult."

"Make sure that teachers know what they can and cannot do," she said. "We need to make sure students know where to go, in case teachers are acting inappropriately and know how to report it. So we teach everyone to handle this in an intelligent way instead of turning off the faucet entirely.

She added, "We need to recognize there are ways of dealing with this and most teachers are not sexual predators. Most of them have great relationships with students and social media is a crucial part of education these days."

Aftab said parents and teachers can get involved to keep kids secure, such as software called Minor Monitor that allows parents to see what their kids are doing on Facebook.

"You don't need a law," she said. "You need better education. ... Schools need to teach the educators how to handle social media and interactions with their students. So that their students don't see their teachers dancing around in lampshades after a weekend party that we're allowed to do as adults, but maybe you don't want your students to see. You need to draw the line; we need to teach them how to use the privacy settings so only certain things are available to students and from students to their teachers and teach them how to communicate responsibly with each other."