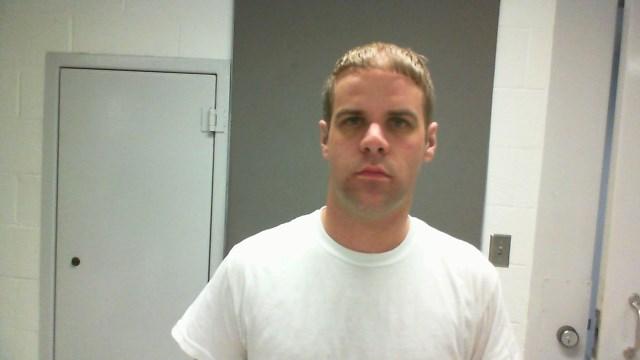 ST. LOUIS -- A southeast Missouri sheriff was charged Wednesday with assault for allegedly handcuffing a 77-year-old woman with enough force to cause her to have a heart attack.

Mississippi County Sheriff Cory Hutcheson also is charged with several other crimes including forgery and robbery, Missouri Attorney General Josh Hawley said in a news release. Hutcheson was arrested Wednesday by the Missouri State Highway Patrol and the FBI and was briefly jailed in nearby Cape Girardeau County before being released on $75,000 bond.

Hutcheson does not have a listed phone number and it wasn’t clear if he has an attorney. Sally Gammons, the jail administrator in Mississippi County, declined comment. County Coroner Terry Parker is serving as the acting sheriff and did not return phone messages seeking comment.

Hutcheson, 33, was elected sheriff of the rural county about 150 miles south of St. Louis after working for most of the past decade as a deputy and jail administrator. He defeated 12-year incumbent Sheriff Keith Moore in November and took office in January.

It’s not clear if the incidents that led to Hutcheson being charged happened before or after he became sheriff. Hawley did not say when they occurred in his news release, and his office did not respond to requests for information on the incident dates.

The assault charge involves an incident in which Hutcheson allegedly handcuffed a 77-year-old woman over a civil dispute with one of Hutcheson’s family members. Authorities also said he falsely accused the woman of kidnapping one of his relatives. Hawley’s office said Hutcheson handcuffed the woman “with enough force that she suffered a heart attack,” requiring hospitalization for three days.

Hutcheson told the Sikeston Standard Democrat in January he planned to lead by example.