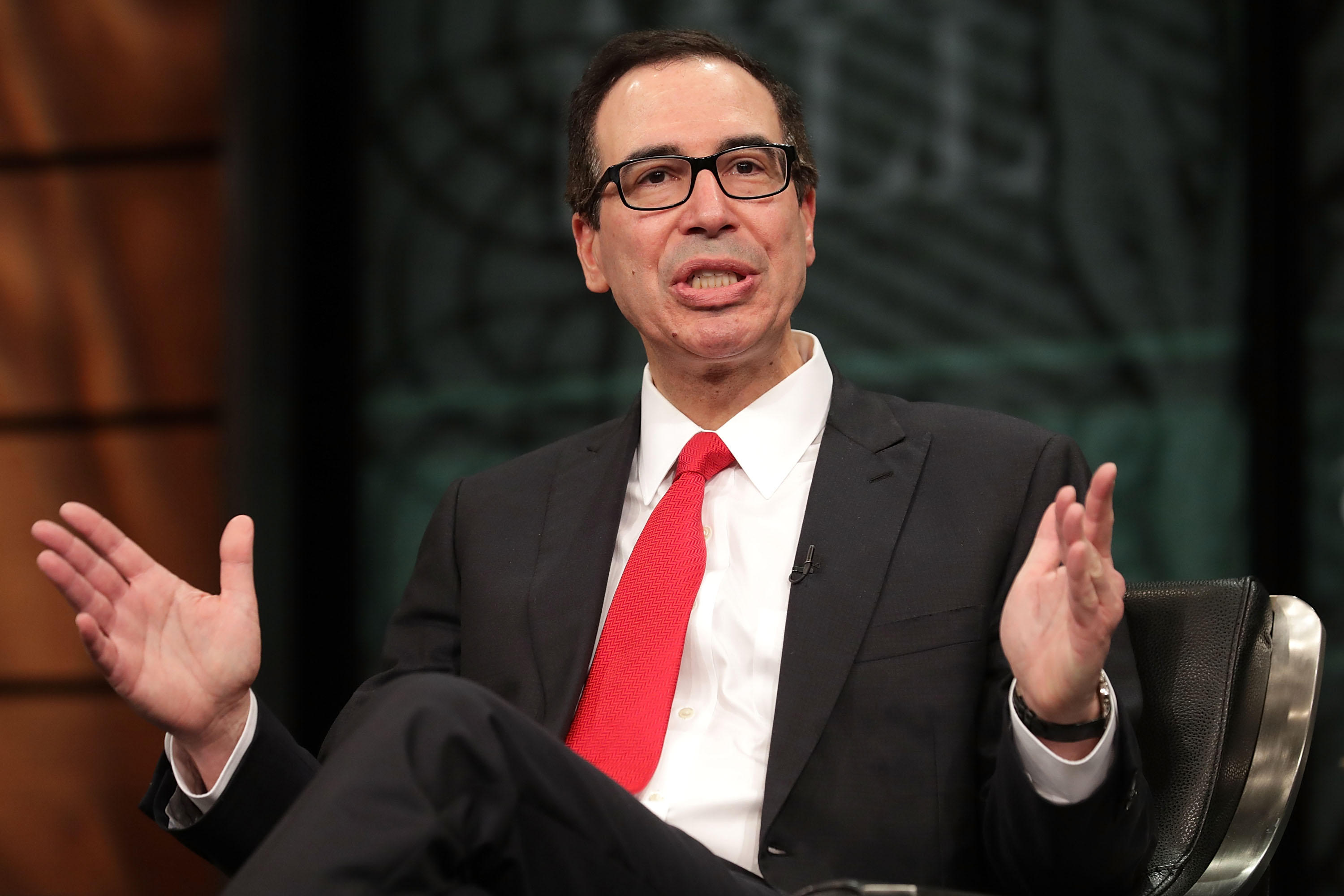 Treasury Secretary Steve Mnuchin confirmed that the tax plan set to be unveiled later this afternoon will include a proposal to drive down the corporate tax rate from 35 percent down to 15 percent.

Mnuchin confirmed the rate decrease at a discussion at the Newseum on Wednesday, calling it the “biggest tax cut and largest tax reform in the history of our country.”

Mncuchin would not go into detail about the plan but emphasized that the goal is to work together with the House and Senate to get the plan passed and to make it permanent.

The plan comes as a result of what Mnuchin described as “productive” weekly meetings with the lawmaker in charge of tax writing in the House, Ways and Means Chairman Kevin Brady, R-Texas, as well as with members of the Senate on tax reform. Mnuchin said that the House, Senate and the Trump administration are “all on the same page in making tax reform a major priority to boost the economy.”

“I’m hopeful that Democrats will work with us on this. This is about tax cuts that are good for the American people, and I hope they won’t stand in the way of creating tax cuts for small business, for making business competitive, for simplifying personal taxes. So, we’re hopeful that it’s bipartisan,” said Mnuchin.

Mnuchin also confirmed that the border adjustment tax favored by Brady and House Speaker Paul Ryan is not included in the White House plan. He said there were things in the tax “we’re concerned about,” and “what we’ve discussed with them is we don’t think it works in its current form.” He said that they’d continue to have discussions with them about possible revisions.

When asked how closely Mr. Trump worked with Treasury in crafting a blueprint for the plan, Mnuchin said that the president is “determined we will have tax reform. As a matter of fact, he called me at 7:30 this morning, and we went over plans for the day.”

Implementing sweeping tax reforms was high on the list of Mr. Trump’s major campaign promises to voters during the election. But there is no indication yet of exactly how the administration plans to reform the tax code, only the mention of tax cuts. This week, in an interview with the AP, Mr. Trump promised a “massive tax cut,” maybe even the “biggest tax cut we’ve ever had.”

According to White House legislative liaison Marc Short, the plan will be broad in principles. It’s goal will be to make it revenue neutral, and in a bipartisan manner, engaging “external audiences” for a period for 4-6 weeks, with language to be completed by summer.

Mnuchin and National Economic Director Gary Cohn are scheduled to appear at the White House press briefing to unveil the plan.