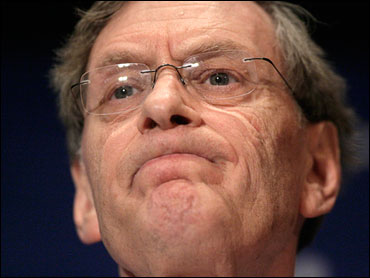 Bud Selig says Alex Rodriguez has "shamed the game," though the baseball commissioner indicated no plans to punish the three-time AL MVP.

"I am saddened by the revelations," Selig said in a statement issued Thursday, four days after Rodriguez admitted he used unspecified drugs from 2001-03 while playing for the Texas Rangers. "What Alex did was wrong, and he will have to live with the damage he has done to his name and reputation."

Players and owners didn't agree to a joint drug program until August 2002, and testing with punishment didn't start until 2004.

"It is important to remember that these recent revelations relate to pre-program activity," Selig said.

"Under our current drug program, if you are caught using steroids and/or amphetamines, you will be punished. Since 2005, every player who has tested positive for steroids has been suspended for as much as 50 games."

Selig is considering suspending Rodriguez, according to USA Today.

The New York Yankees slugger admitted in an ESPN interview Monday to taking "banned substances" from 2001 to 2003 after a Sports Illustrated story revealed he tested positive for the steroid primobolan and testosterone during the league's mandatory drug survey in 2003, which was supposed to remain anonymous and carry no penalties for failure.

Selig told USA Today Wednesday that he'd expect any disciplinary action to be challenged by the Players Association as the league's official penalty system didn't take effect until 2004, triggered by the high number of players - 104 - who failed the survey test.

The basis for any suspension may be a 1997 memo Selig sent to players banning steroids plus the fact that they are illegal without a doctor's prescription.

"It was against the law, so I would have to think about that," Selig told USA Today. "It's very hard. I've got to think about all that kind of stuff."

Donald Fehr, the union's executive director told USA Today that he'd be "surprised if there was an attempt to do it."

Selig also revealed he's considering reinstating Hank Aaron's home run record, which stood until 2007, when alleged steroid user Barry Bonds passed Aaron's 755 homer mark. Bonds ended that season with 763 home runs and did not play in 2008. He is currently set to stand trial on March 2 on charges he lied to a federal grand jury about his use of performance-enhancing drugs.