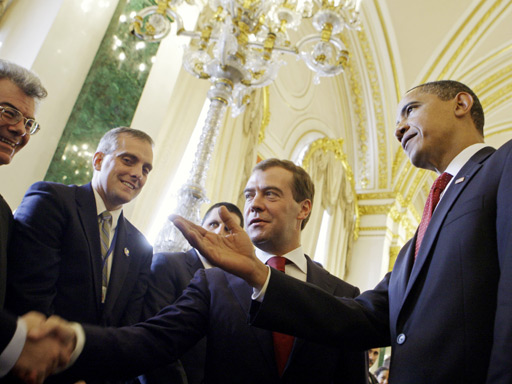 The nation's only Sept. 11 defendant and the government both are claiming partial victories in an appeals court ruling, but the judges' ultimate message is clear: The Justice Department can prosecute Zacarias Moussaoui in a civilian courtroom and seek to execute him.

"The appeals court ordered prosecutors and the trial judge to work out a compromise that would allow the feds to protect the sanctity of their intelligence-gathering abroad but also allow Moussaoui to have his constitutional rights to introduce witnesses in his own defense," said CBSNews.com Legal Analyst Andrew Cohen. "I'm not sure that sort of compromise is possible and so far, apparently, neither is the trial judge."

A 4th U.S. Circuit Court of Appeals panel in Richmond, Virginia, ruled Thursday that Moussaoui could have access to information from three al Qaeda prisoners who may be able to exonerate him. This was a defeat for prosecutors, who argued that Moussaoui had no right of access to the captives.

Moussaoui's victory was limited, however. The court majority said he could only receive written statements from the prisoners in a form that will have to be ironed out by a trial judge.

The three-judge panel threw out the trial court's order to allow the defense access to the witnesses by a remote video hookup.

In a victory for the government, the panel tossed out the two-part penalty that U.S. District Judge Leonie Brinkema, in Alexandria, Virginia, had imposed on the government for refusing to arrange the video questioning.

She had barred prosecutors from seeking the death penalty and from presenting evidence related to Sept. 11, the heart of the government's case. Both are now restored.

"No punitive sanction is warranted here because the government has rightfully exercised its prerogative to protect national security interests by refusing to produce the witnesses," the court said.

"The appellate court is trying to fit a round peg into a square hole — trying to give Moussaoui his fair trial rights while recognizing the interests of the government in protecting its intelligence gathering methods — and I'm not sure you can do that and comport with the Constitution," said Cohen. "So this ruling clearly will move the case forward a bit but it also generates a huge issue back on appeal if Moussaoui ultimately is convicted."

The witness access issue has delayed a trial for Moussaoui, a French citizen who is charged with participating in a terrorism conspiracy to attack the United States, along with the 19 Sept. 11 hijackers.

"It's been nearly two-and-a-half years since Moussaoui was indicted and the parties are still fighting over fairly preliminary issues," he said. "And even after this ruling, prosecutors and the judge still have to agree on a compromise that will give Moussaoui a chance to present a defense using al Qaeda witnesses — and that isn't likely to come soon."

The government could appeal Thursday's ruling to the full 4th Circuit court or the Supreme Court, continuing to argue that an accused terrorist and acknowledged al Qaeda loyalist should have no access to his former colleagues in Osama bin Laden's network.

However, Attorney General John Ashcroft reacted favorably to the ruling in a written statement. If the appeals court had upheld the ban on all Sept. 11 evidence in the case, legal experts said, the government may have moved the case to a military tribunal.

"The court held that the government can provide Zacarias Moussaoui with a fair trial while still protecting critical national security interests," Ashcroft said in a statement. "The government will not be required to provide Moussaoui with interactive access to detained terrorists. This ruling also allows us to seek the death penalty and to present evidence regarding the conspiracy of the Sept. 11, 2001, terrorist attacks."

Edward MacMahon Jr., one of Moussaoui's court-appointed attorneys, said, "We're pleased that the court recognized some of the fundamental rights that are recognized in the opinion," especially the right of access to witnesses and a fair trial.

A Vermont Law School professor, Stephen Dycus, said the appeals court fashioned a compromise that will allow the case to proceed in a civilian courtroom, where "appearances really matter."

He contrasted the Moussaoui case with those of Yaser Esam Hamdi and Jose Padilla, two American-born prisoners of the war on terrorism, who have been held and interrogated in the United States without charges. The Supreme Court will hear arguments on their cases April 28.

"The appearance is, these guys are being locked away indefinitely for reasons nobody knows," Dycus said. "They can't speak for themselves. Moussaoui is in a much better position. He will have his day in court, be able to speak for himself and will have an opportunity to gain access to information he could use to get off the hook."

They said Moussaoui's constitutional right to a fair trial demanded access to potentially favorable witnesses, even trumping the government's need to protect national security by denying an accused terrorist access to former colleagues.

Moussaoui, while acknowledging his loyalty to Osama bin Laden, has said he was not part of the Sept. 11 plot but indicated he was to take part in a later operation.