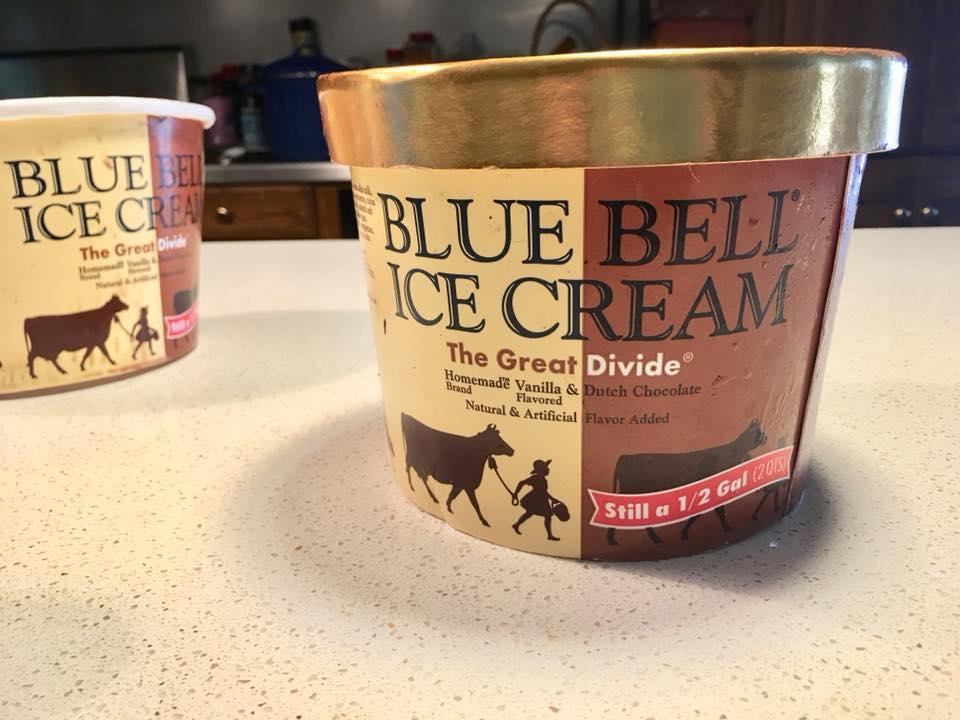 The mother of a mixed-race family is asking a popular ice cream manufacturer to change the name of one of its flavors to be more inclusive. Traci Schmidley says she is a mother of six and a foster mom to more. Some of her children are black and some are white. She says it was her 10-year-old son who first noticed the name of the ice cream, "The Great Divide."

"The Great Divide" is half vanilla and half chocolate. The container has a line right down the middle dividing the off-white vanilla from the chocolate brown. When the family bought a tub of it for a celebration, her oldest child said the line down the middle reminded him of the Mason-Dixon line.

"[He] jokingly commented that the Great Divide flavor should be called the Civil War flavor," Schmidley wrote in a blog post on "Love What Matters."

She says her son is "talented academically and adores all subjects, but math and history are his favorites." The ice cream immediately reminded him of "a time in history when our nation appeared to be irrevocably divided," the mother wrote.

Schmidley says her son noticed the mixture of black and white people around their table -- all of them family. They are not divided like the ice cream.

The mother from rural Louisiana wrote the blog post to call attention to the message the label sends and to urge Blue Bell to change the name and packaging. "My husband and I are both teachers and together we teach our children, along with several of their friends, out of our home," Schmidley wrote. "We have a huge dining room table that is almost always full of people, which is just the way we think it should be."

"The Great Divide" ice cream prompted a great discussion around that table. "Despite the division at that time in our country's history, our very table, located in the Deep South, was reflective of how far we have come as a people," Schmidley wrote.

She asked her kids to come up with new name ideas for Blue Bell that would be more inclusive and reflect the progress made in our country.

"Two of my sons and one of their friends got to work, and within twenty minutes they had come up with a brilliant alternative name: better together," she wrote.

Schmidley said one of her boys said it best: "'Well, really mom, for families that enjoy different favorite flavors, the flavors really are better together in one carton, because everyone can be happy.'" Her son said the name reflects both their family and their country: "we really are all better and stronger when we are together, not when we are in separate containers."

"As a mother and as a teacher I was struck by his simple logical, and beautiful soul," Schmidley wrote. She had her kids and their friends send their ice cream name idea to Blue Bell. One friend suggested she post the the kids' letter to the company on Facebook, so Schmidley did.

The Facebook post was shared over 12,000 times, and people flooded the comments with support for the new name change. Many people shared photos of their own mixed-race families, thanking Schmidley and telling her they are "better together" as well.

"Last week we had an ice cream party and we had the flavor the Great Divide. It's a good flavor for parties because we can add a lot of unique toppings to it," the kids wrote in their letter to Blue Bell. "But, we began to talk about the name and we think some people might misunderstand the name and think the name the Great Divide is about people and the division that exists in our world because of different skin colors."

"We love your ice cream," the kids wrote in the ending of the letter. "We think having a big bucket of Better Together chocolate and vanilla on dinner tables across the country will make our families and communities stronger than ever!"

It is unclear at this time if the Texas-based company has responded to the Schmidley family or heard about the campaign to change the name of "The Great Divide." With growing media attention, however, the word about "Better Together" is growing fast.