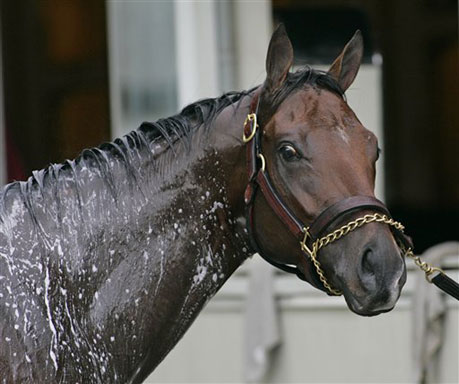 On the same day Pakistan's foreign secretary said that his country could develop economic ties with India if the two old enemies settled their dispute over Kashmir and halted their arms race, Pakistan's navy said that it may put nuclear missiles on its submarines.

The statement Thursday by the navy appeared to be the first indication that Pakistan was ready to deploy nuclear weapons, a move that would almost certainly aggravate tension with nuclear neighbor India.

"We are also fully prepared for the deployment of nuclear missiles by them. We are equal to it," India's defense ministry spokesman P.K. Bandopadhyay said in New Delhi.

Both countries exploded nuclear devices in 1998 and declared themselves nuclear powers.

It's not known how many or which nuclear weapons Pakistan possesses. But Pakistan recently added three French submarines to its fleet - all capable of carrying nuclear warheads, Khayal said.

Most analysts do not believe either country has yet deployed nuclear weapons or developed nuclear warheads for their missile systems. Both have, however, tested medium- and long-range missiles capable of hitting deep within each other's territory.

"There is already a nuclear arms race in the region and this will only further fuel that race," said analyst Ayesha Siddiqa.

Pakistan did not offer a time frame for putting nuclear missiles on submarines.

Nor did Pakistan Forign Secretary Inamul Haq offer a timeline for economic cooperation with India.

Haq said in a speech Thursday that there could be no lasting peace in South Asia without a settlement on Kashmir, the official APP news agency reported.

"If Kashmir issue is settled according to the wishes of Kashmiri people and if a strategic restraint regime on nuclear and conventional matters is in place, then I believe both countries can work together to develop bilateral economic cooperation," he said at the state-funded Institute of Strategic Studies in Islamabad.

Pakistan has responded to international calls for a halt to arms race in the subcontinent by proposing that Islamabad and New Delhi agree to a "strategic restraint regime" to limit their nuclear and conventional arsenals.

Haq blamed India for a deadlock in peace talks over Kashmir since fighting along a military control line in the region in 1999 brought the two countries to the brink of a fourth war, and said New Delhi aspired to dominate the region.

"I am not sure when these talks will begin, but as long as the Kashmir dispute is not resolved according to the wishes of Kashmiri people, this region will find it difficult to have a durable peace," he said.

New Delhi regards whole of Kashmir is an integral part of India, but Islamabad wants the predominantly Muslim Kashmiris to decide in a U.N.-mandated plebiscite whether to join Islamic Pakistan or Hindu-majority India.

Some of the guerrilla groups seek to reunite Kashmir as an independent state.

Haq urged the international community to impress upon India to live at peace with neighbors and "more importantly recognize the fact that all of its neighbors are sovereign and equal."

"There can be no question of domination by India or any other country in this region," he said, adding: "It is only on the basis of sovereign equality and justice that we can usher in an era of peace and stability in this region."