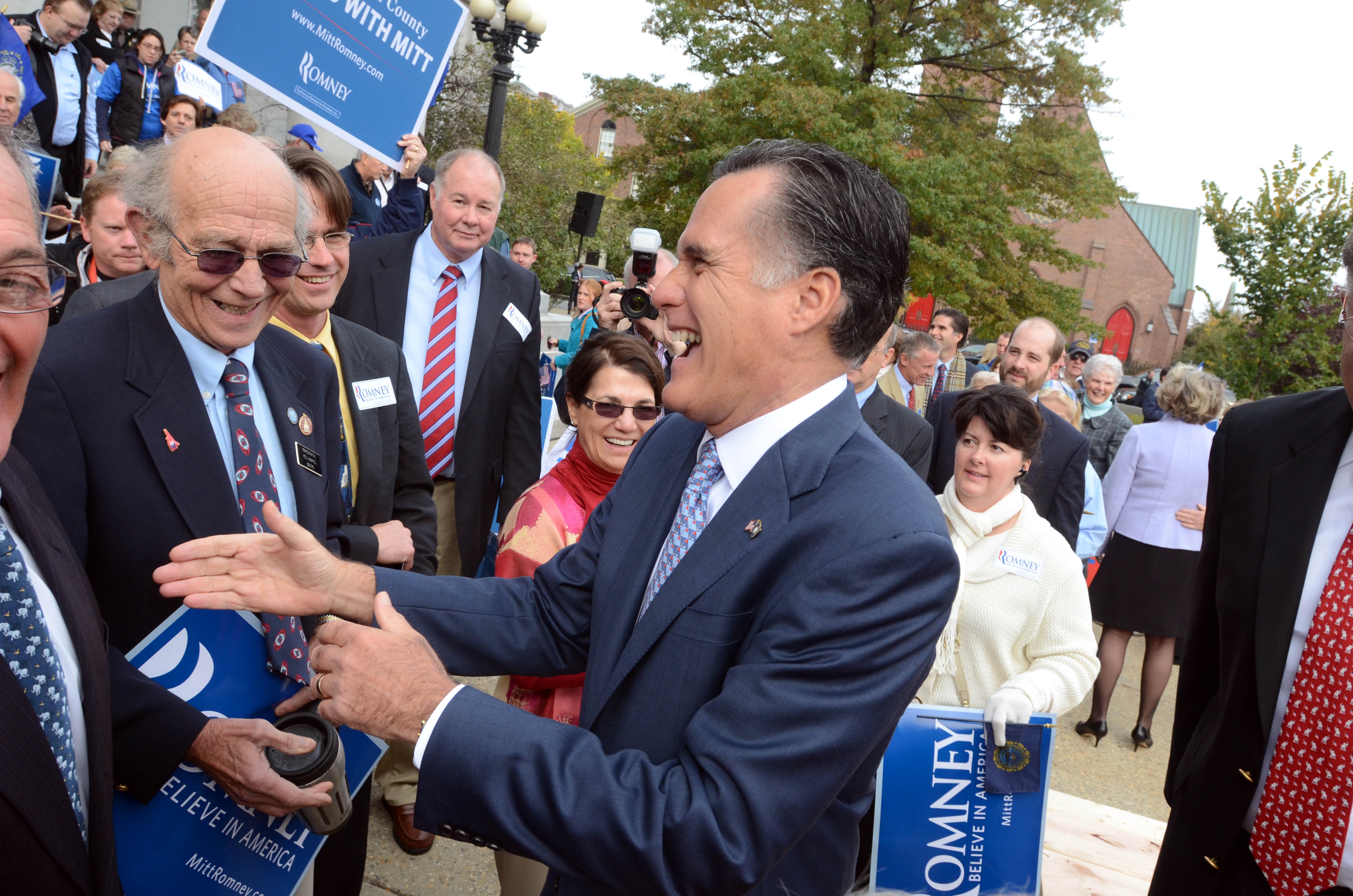 The longer he runs for president, the more doubts Republican front-runner Mitt Romney seems to have about the science behind global climate change.

Speaking at a closed-door fundraiser Thursday in Pittsburgh, Romney's position on the causes of global warming continued the rightward shift that has been underway for several months. "My view is that we don't know what's causing climate change on this planet. And the idea of spending trillions and trillions of dollars to try to reduce CO2 emissions is not the right course for us," he told donors at the Consol Energy Center.

In June of this year, Reuters reported that Romney said that the United States should "reduce our emissions of pollutants and greenhouse gases that may be significant contributors." Then in August, Texas Gov. Rick Perry, who openly questions the science of climate change factors, entered the GOP primary race, and Romney appeared to dial down his own certainty of the science, saying, "I think the earth is getting warmer. ... I think humans contribute to that. I don't know by how much. It could be a little. It could be a lot."

While Romney's expressed skepticism about climate change plays well with conservatives, Democrats are bound to use it against him with the moderate and independent voters who hold sway in a general election. His remarks at the Pittsburgh fundraiser were captured on video, which ended up in the hands of the liberal Center for American Progress. The center distributed the video to news outlets today.

At the fundraiser, Romney was asked by a member of the audience to explain his position on man-made global warming and asked further whether he would reject a cap-and-trade bill to limit carbon emissions linked to climate change.

By the way, they do not call it America warming, they call it global warming. So the idea of America spending massive amounts, trillions of dollars to somehow stop global warming is not a great idea. It loses jobs for Americans and ultimately it won't be successful, because industries that are energy intensive will just get up and go somewhere else. So it doesn't make any sense at all. My view is that we don't know what's causing climate change on this planet. And the idea of spending trillions and trillions of dollars to try to reduce CO2 emissions is not the right course for us. My view with regards to energy policy is pretty straightforward. I want us to become energy secure and independent of the oil cartels. And that means let's aggressively develop our oil, our gas, our coal, our nuclear power."

Sarah Boxer contributed to this story.

How 10 House Republicans who voted to impeach Trump fared in 2022 primaries
Thanks for reading CBS NEWS.
Create your free account or log in
for more features.
View CBS News In
CBS News App Open
Chrome Safari Continue
Be the first to know
Get browser notifications for breaking news, live events, and exclusive reporting.