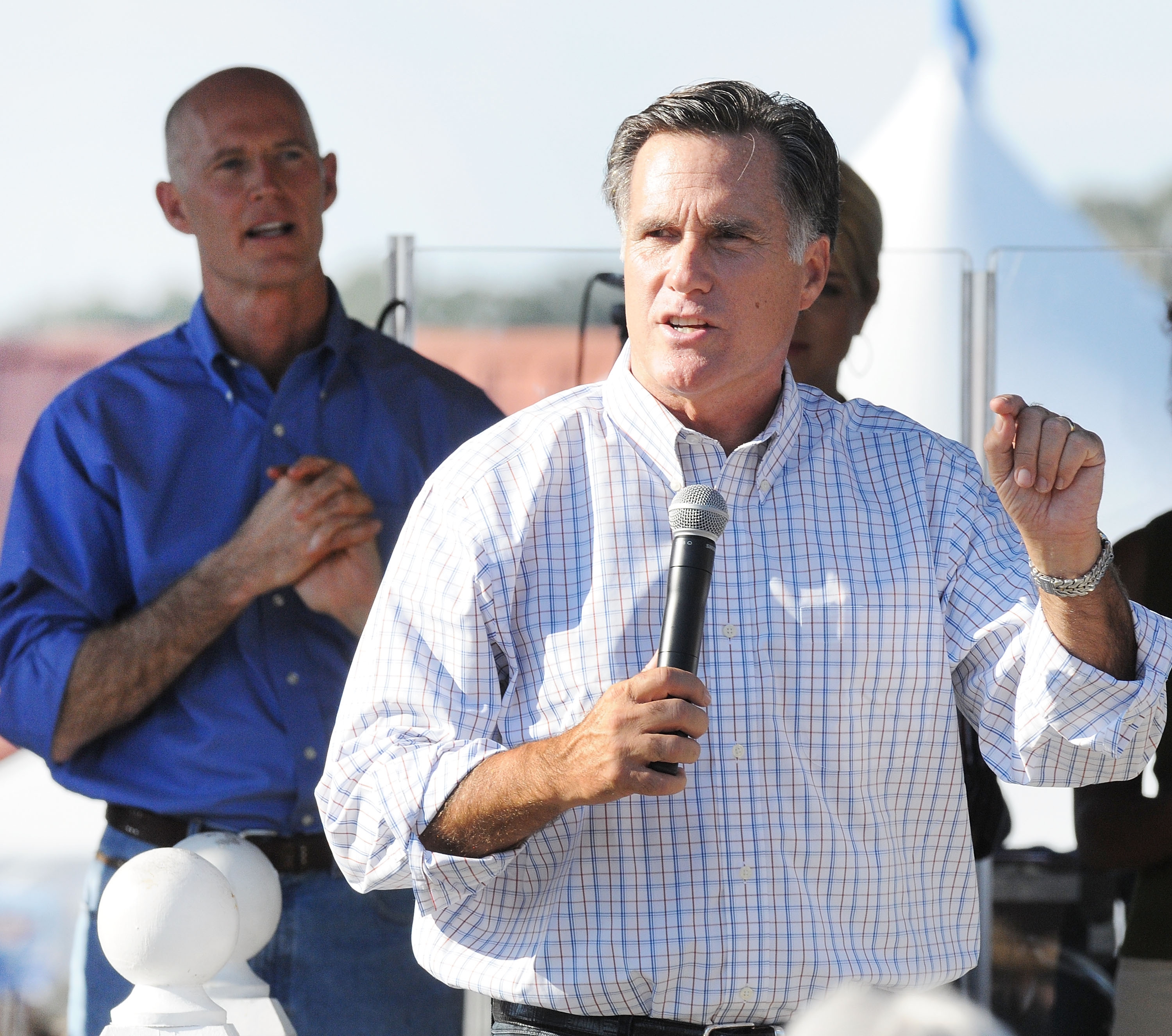 Republican presidential candidate Mitt Romney has signed a pledge sponsored by the National Organization for Marriage promising to support a federal constitutional amendment "defining marriage as the union of one man and one woman."

The pledge also includes promises to vigorously defend the Defense of Marriage Act in courts - something the Obama administration has decided not to do - and nominate Supreme Court and federal judges who "reject the idea our Founding Fathers inserted a right to gay marriage into our Constitution."

By signing the pledge, Romney also promises to establish a presidential commission on "religious liberty" that would investigate harassment or threats against those who have taken positions against same-sex marriage.

Rep. Michele Bachmann and Rick Santorum also signed the pledge, though that's not much of a surprise: Both candidates have grounded their campaigns in part in strong social conservatism. Romney's decision is more interesting because he has largely tried to keep his focus on fiscal issues and declined to sign an earlier, more far-reaching "values" pledge from a conservative group in Iowa.

It's also notable because Romney was not always such a strong opponent of gay rights. In 1994, he sent a letter to a gay Republican group saying he would be a stronger advocate for gay rights than his Massachusetts Senate opponent, Sen. Ted Kennedy. "We must make equality for gays and lesbians a mainstream concern," wrote Romney. He also characterized the "don't ask, don't tell" policy as "the first in a number of steps that will ultimately lead to gays' and lesbians' being able to serve openly and honestly in our nation's military."

Tim Pawlenty, another Republican presidential candidate, declined to sign the pledge; his spokesman told the Boston Globe the candidate preferred to express his "commitment to the institution of marriage" in his own words.

Brian Brown, president of the National Organization for Marriage, hailed the three candidates who signed the pledge.

"We are grateful to Michele Bachmann, Mitt Romney and Rick Santorum for their courage and their leadership in standing up for marriage, and so are millions of Americans who care about protecting marriage," he said.