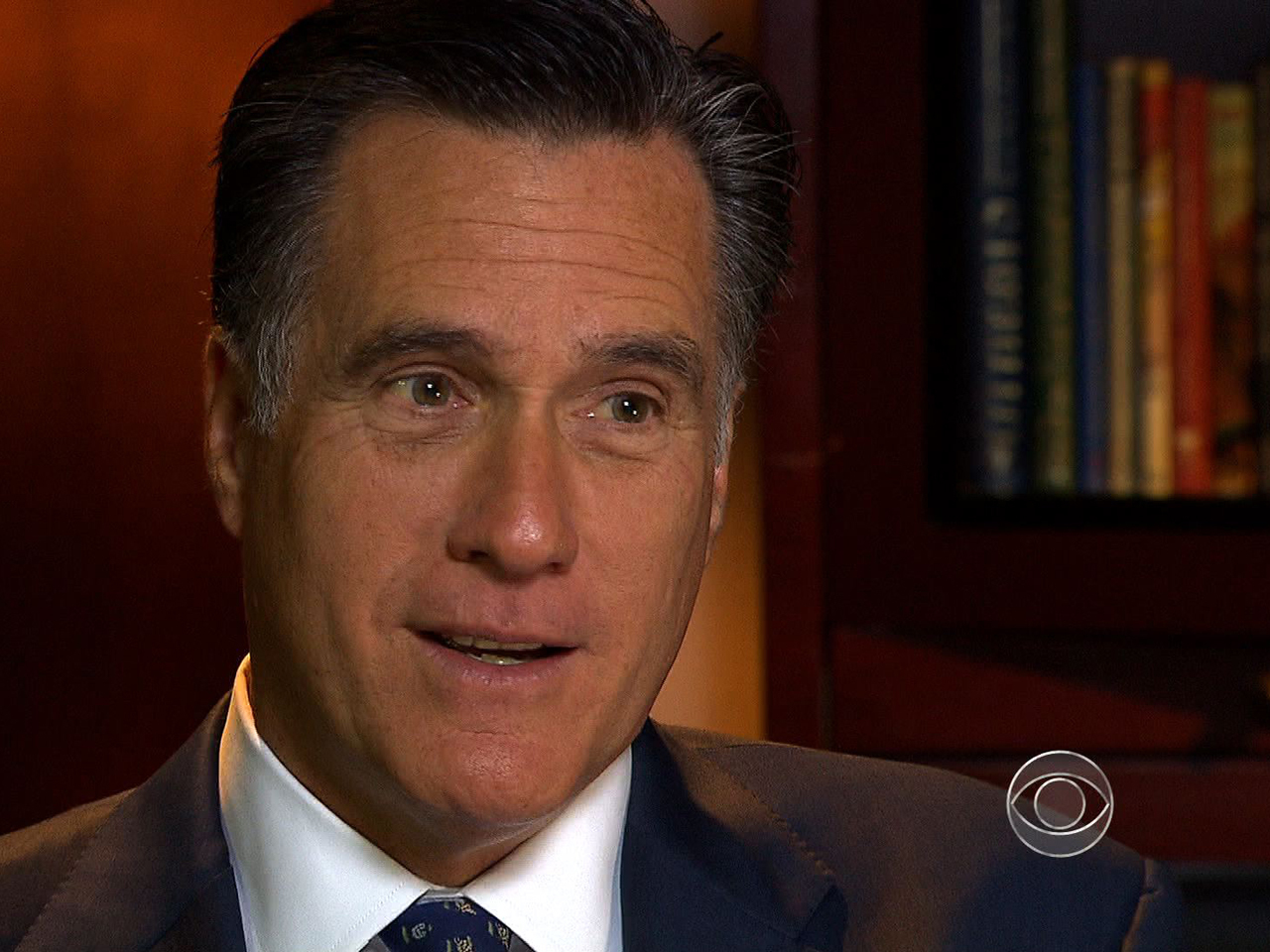 In the wake of his attempt to make a $10,000 betwith Rick Perry during Saturday's Republican presidential debate - a move that put a spotlight on Romney's $190 million-plus net worth and prompted critics to cast him as out of touch - the former Massachusetts governor told CBS News on Wednesday that his chief rival for the nomination is a "very wealthy man."

"Newt Gingrich has wealth from having worked in government," Romney told CBS News political correspondent Jan Crawford in an interview in New York. "He's a wealthy man, a very wealthy man. If you have a half a million dollar purchase from Tiffany's, you're not a middle class American."

Romney's comment both spotlighted Gingrich's wealth - his campaign earlier this year estimated his net worth at at least $6.7 million - and drew attention to how Gingrich earned the money. The former House speaker made millions as an adviser and influence broker in Washington after leaving Congress, including at least $1.6 million from government-backed mortgage giant Freddie Mac. (Romney has called on Gingrich to return that money.) The former Massachusetts governor also made reference to Gingrich and his wife's onetime $250,000-plus line of credit at Tiffany & Co.

Romney was in New York for fundraisers Wednesday, prompting the Democratic National Committee to hire an airplane to fly over the Hudson river with a banner reading, "Bet you 10k Romney's Out of Touch."

More from the interview will be released on the "CBS Evening News" and CBSNews.com later today.

In a seperate interview with the New York Times Wednesday, Romney took a different shot at Gingrich, saying "Zany is not what we need in a president."

"Zany is great in a campaign. It's great on talk radio. It's great in print, it makes for fun reading," he said. "But in terms of a president, we need a leader, and a leader needs to be someone who can bring Americans together."

Gingrich responded by sticking to his (questionable) claim that he is running a positive campaign and telling reporters, "I'll let him decide what zany is."

Paul on Gingrich ads: "Pointing out people's positions is not negative"