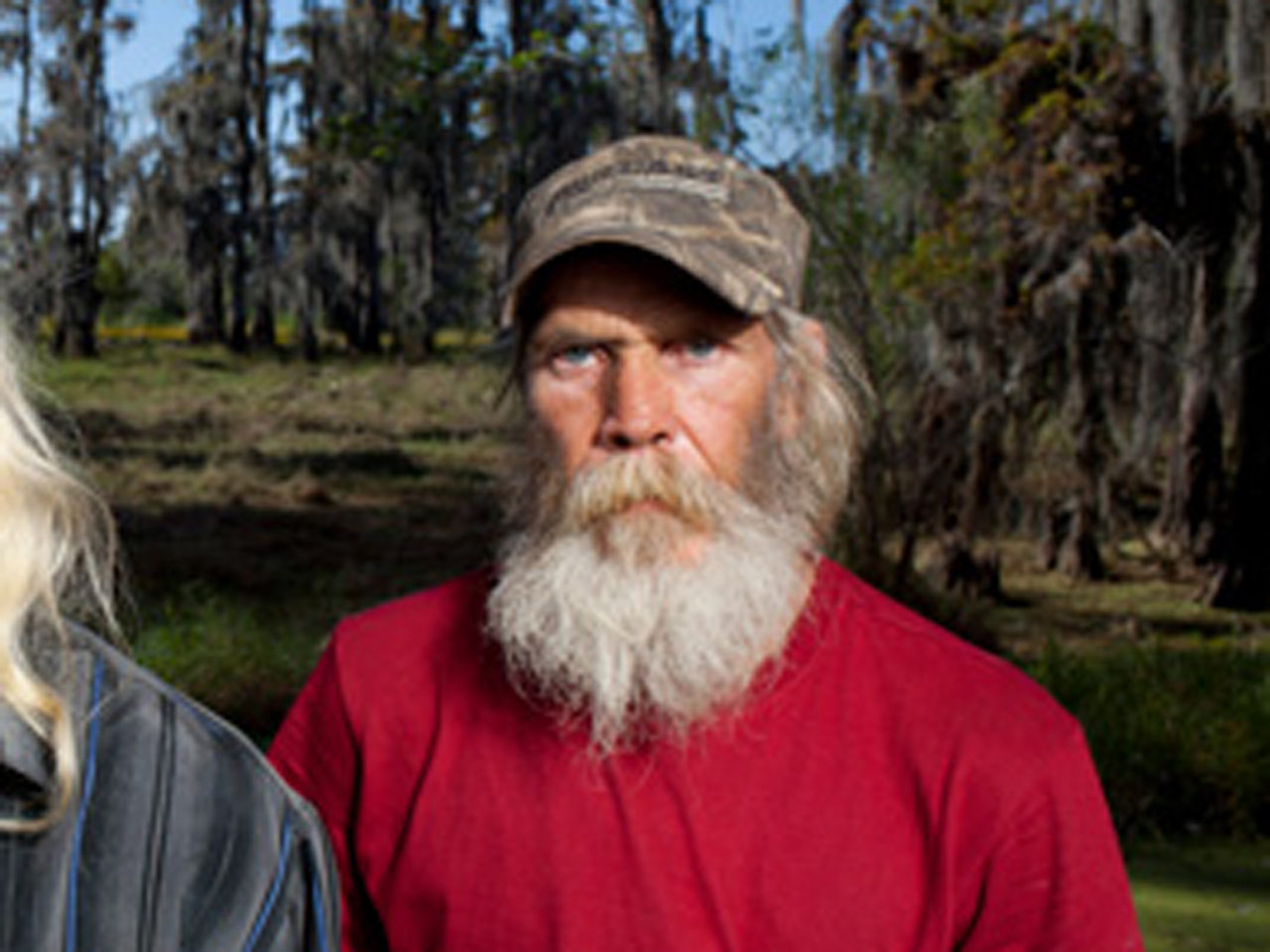 Assumption Parish Sheriff Mike Waguespack said Mitchell Guist was pronounced dead at a hospital. He had fallen while aboard his boat on the Intracoastal Waterway, near Pierre Part.

History, which produces the reality show with Original Media, said Guist would have turned 49 on Friday.

"We are extremely saddened to report that our friend and beloved member of the Swamp People family, Mitchell Guist, has passed away. ... Mitchell passed on the swamp, doing what he loved. We appreciate your respect for the Guist family's privacy and hope you join us in sending our thoughts and prayers to his brother, Glenn, and the rest of the Guist family," the network said in a statement.

Initial reports from deputies in neighboring St. Martin Parish are that Guist was traveling on the waterway around 9 a.m. when he fell, Waguespack said. The boat returned to a nearby landing in St. Martin and Guist was taken to a hospital. The cause of his fall is unclear, and there is no word yet on the official cause of death.

WAFB-TV reports 911 tapes were released later Monday, revealing the lengths people in the Belle River community went to try and revive Guist. Witnesses called the emergency response number and asked for ambulances or a helicopter.

"You say he's in cardiac arrest?" the dispatcher said on the call.

"Yes sir, we're blowing and pumping the guy's chest right now," the caller said. "It looks like he may have had a heart attack."