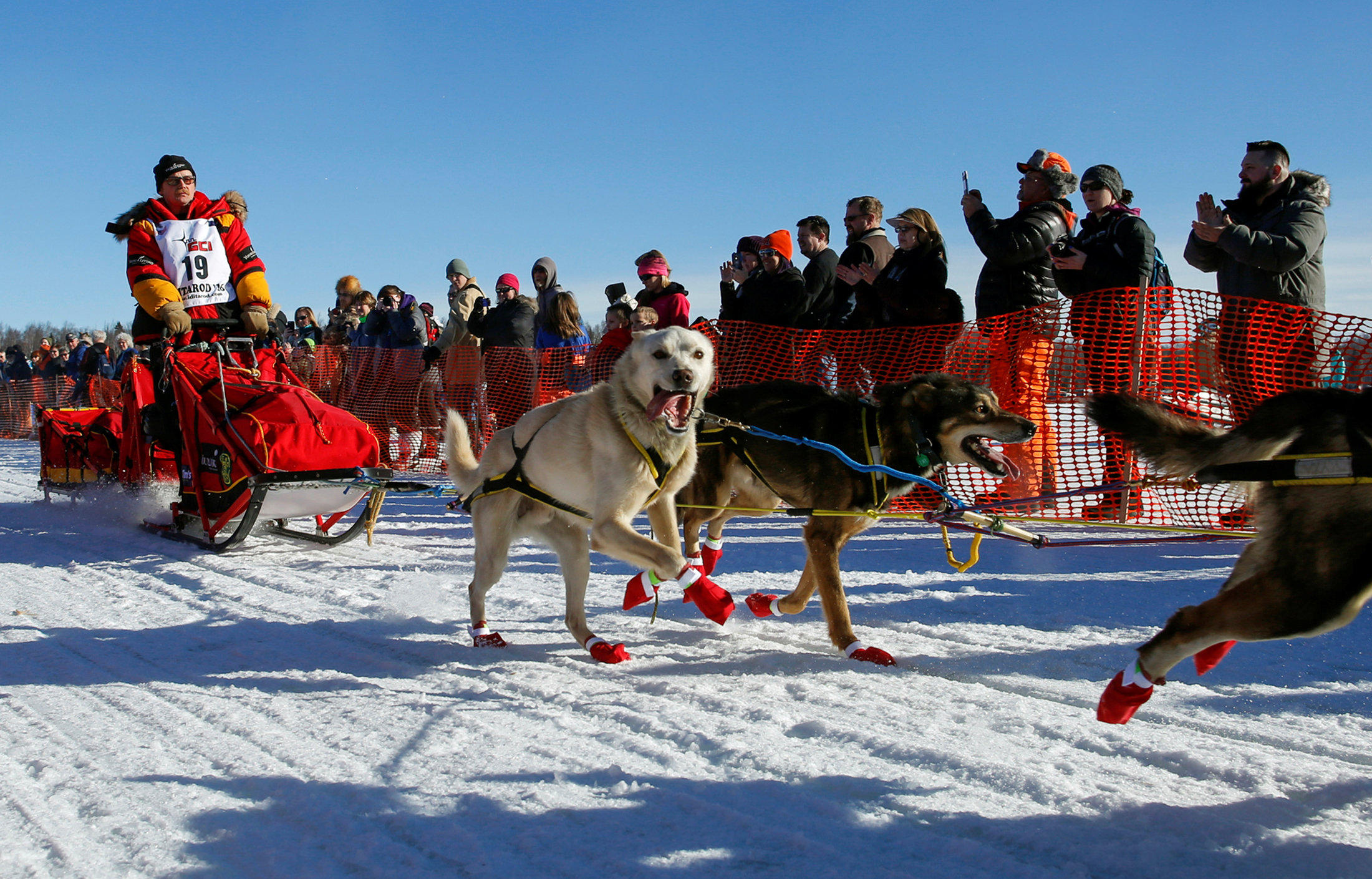 The Seward, Alaska, musher brought his dogs off the frozen Bering Sea and onto Front Street in the Gold Rush town of Nome after crossing nearly 1,000 miles of Alaska wilderness.

On an antitypical route to the Burled Arch on Front Street from Fairbanks, Seavey significantly shaved off race time from the 2015 race, which took the same route, CBS affiliate KTVA reports. In 2015, Seavey’s son Dallas won the race in 8 days, 18 hours, 13 minutes and 6 seconds. Mitch pulled under the Burled Arch about four hours behind his son that year.

This year, the elder Seavey shaved almost seven hours off his son’s 2016 record-setting finish. His official time was 8 days, 3 hours, 40 minutes and 13 seconds.

“This is kind of a ride of a lifetime,” Mitch Seavey told a camera crew for the Iditarod website as he was packing his sled to leave the last checkpoint, White Mountain.

“I hope there’s more, but it’s fantastic to see these guys perform,” he said of his dog team.

The Seaveys have now won the last six races. Dallas Seavey won four of those races, and his father finished second the last two years. The two are close but competitive.

The family’s ties to the race go back to the first Iditarod, held in 1973, when Mitch Seavey’s dad, Dan, mushed in the event.

Mitch Seavey admitted that while winning is nice, it’s just part of the journey.

“This is the joy of the dog team, the accomplishments of the kennel and family,” he said. “The winning is kind of checking the box, but getting it done is really where the value is.”

The race started March 6 in Fairbanks, with 71 teams trying to navigate nearly a thousand miles of grueling Alaska wilderness to the finish line in the old Gold Rush town of Nome. Four mushers have scratched.

Four dogs associated with the race have died this year, including a 4-year-old male named Flash who collapsed on the trail early Tuesday when his musher, Katherine Keith, was about 10 miles outside the checkpoint in Koyuk.