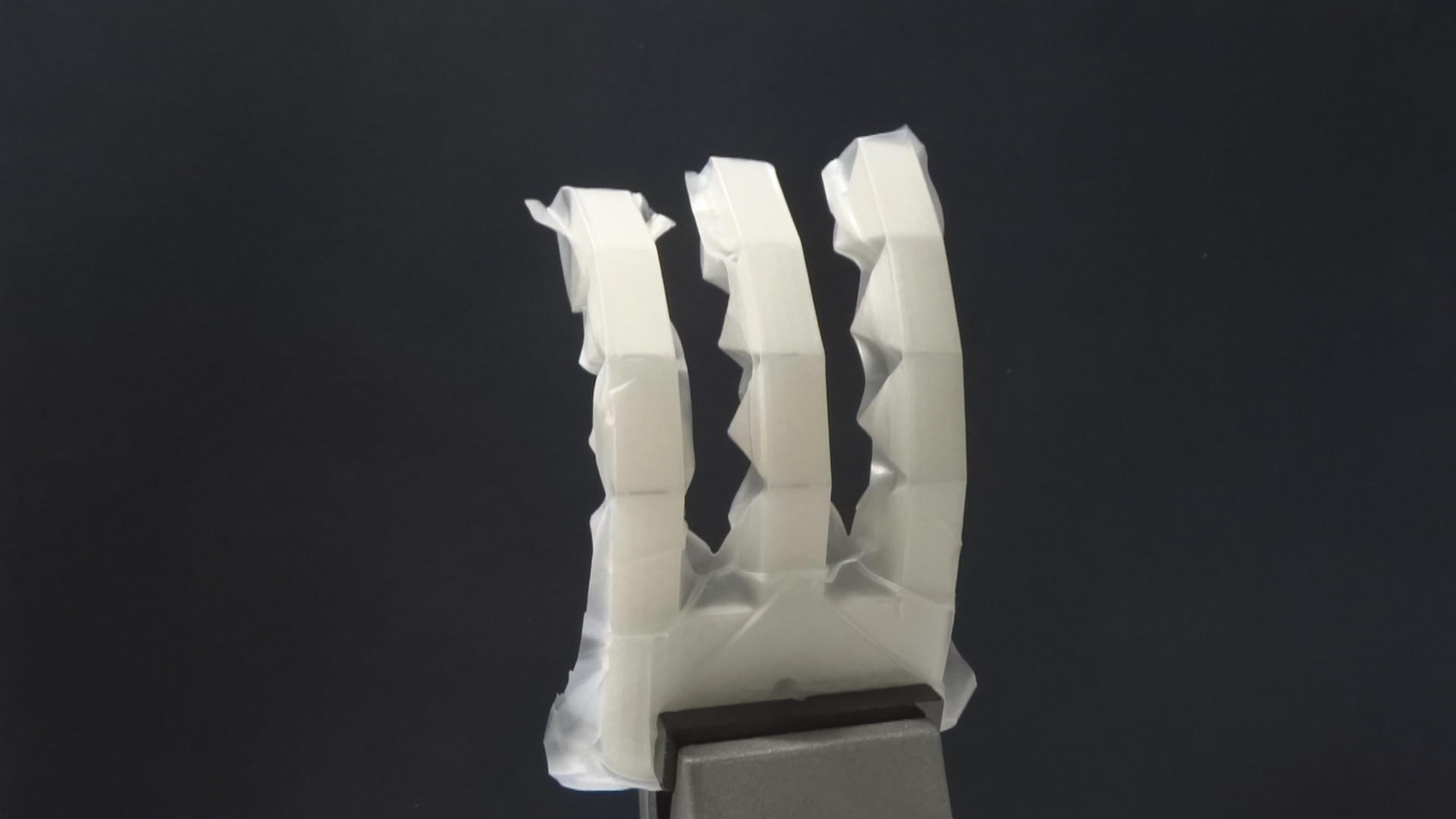 As researchers continue to develop new and improved robots, many are concerned about the future capabilities of these machines. Even tech innovators like Elon Musk and Bill Gates fear that if we don't control artificial intelligence, we might create machines that can cause harm.

But at MIT, researchers are working to create robots that will improve our lives – but they don't look like the hard metal machines that often come to mind. They've come up with a "soft," wearable robot that could turn us all into cyborgs, reports CBS News' Tony Dokoupil.

Inside a garage-like lab at MIT, robotics researcher Shuguang Li toils for up to 20 hours a day. He's perfecting the material for a new breed of robot – one that's light and flexible but also two to three times stronger than a human being.

Made of nylon and plastic and powered by compressed air, the "artificial muscles" have folds inside them. They can grip, lift and twist everything from a flower to a tire.

Li and his colleagues, including Harvard's Daniel Vogt, hope we'll be able to wear the robot like Tony Stark in "Iron Man."

The researchers there say warnings of a robot revolution are overblown. After all, you can fool a robot, or at least fool an artificial intelligence program designed to see and recognize the world around it.

Athalye says that kind of accuracy is fueling the future of A.I., including enhanced security screenings and self-driving vehicles.

"And if we point it at one of the cameras, it says, oh, like this is a tripod," he demonstrated. "So these things work pretty well."

But along with these advancements, Athalye and others are also discovering potentially dangerous drawbacks. They found a way to trick the computer by making a toy loggerhead turtle look like something very different and alarming from a security standpoint.

"It's currently 66 percent confident that it's looking at a rifle," Athalye said.

With pixel changes too small for the human eye, Athalye says he can also turn a baseball into an espresso and a cat picture into guacamole. But his concern is what others might do with ill intent.

"Can a terrorist build a bomb that the computer thinks is a bouquet of flowers?" Dokoupil asked.

"Yeah so, I think we have a fun example for you, we took a missile and then modified the texture so it looks like a balloon," Athalye  said. "I feel like it's good that this is happening now, before these systems are very widely deployed."

Google created the program tricked by researchers at MIT. But in a statement, the company said it welcomes efforts to identify security risks, adding "we believe A.I. will be overwhelmingly beneficial."

"It's What I Do": A photojournalist's calling