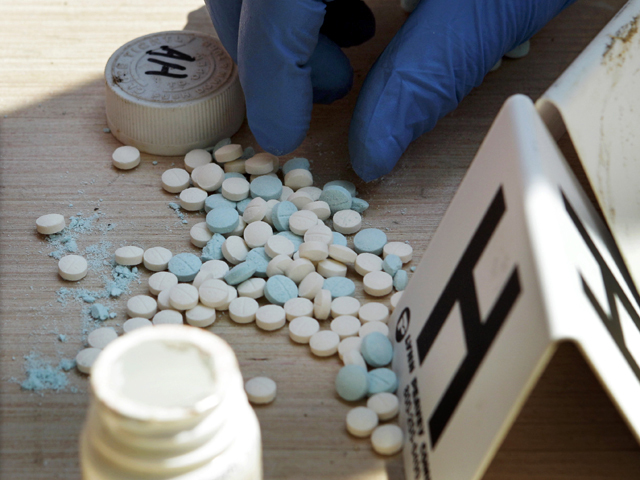 ST. LOUIS - Methamphetamine continues to plague Missouri, with the state seeing a rise in meth lab busts and seizures.

The Missouri State Highway Patrol, citing numbers reported to the Drug Enforcement Administration, said the state had 1,960 meth lab incidents in 2010, up 10 percent from 2009 and 53 percent since 2007. Missouri continues to lead the nation in meth lab incidents, patrol Capt. Tim Hull said Tuesday.

But that figure could be misleading.

Jason Grellner, a Franklin County narcotics officer and former president of the Missouri Narcotics Officers Association, said some neighboring states that have seen huge spikes in meth lab incidents have so far reported only partial-year statistics to the DEA. He said it is possible Missouri could fall from the top spot once the final numbers are in.

"Our increase is not nearly the increase we're seeing in other Midwestern states," according to Grellner, who said some states could see their meth lab incident numbers double from 2009 to 2010.

Missouri has led the nation in meth lab incidents every year since 2003. Hull believes that's partly due to aggressive law enforcement, but he also cited a rise in so-called "shake-and-bake" meth production in which the drug is made quickly in a 2-liter soda bottle.

"You think of a meth lab years ago with the Bunsen burners and beakers and all that stuff," Hull said. "Then we had people using the tops of stoves and regular cookware. Now, they're making meth in small plastic containers with duct tape in the backs of cars and trucks."

DEA officials and drug police also cite the unintended consequence of electronic monitoring and laws setting limits on sales of cold pills containing pseudoephedrine, a vital meth component. Authorities say that because of those laws, more people are being recruited to buy the pills through a process known as "smurfing." Some police say they are increasingly being forced to chase down the smurfers before getting to the actual meth makers.

Meth is often made with a dangerous combination of materials — battery acid, fertilizer, drain cleaner. Yet Hull said it is so addictive that many users are hooked after their first experiment with the drug. Meth users will often go to any length to get the money and materials needed for the next hit.

"You look at how it contributes to other crimes," Hull said. "And we see a lot of side effects like small children living in meth houses. Or you have a hunter or somebody taking a walk through the woods and they walk through a dump site. It affects a lot of people."