These orchestrated press conferences never come across well, especially when they involve a legend. Missouri staged such a performance Thursday to announce the resignation of longtime basketball coach Norm Stewart.

After 32 years as Missouri's coach, the 64-year old Stewart was trotted up to a podium along with athletic director Mike Alden and university chancellor Richard Wallace. They tap-danced around the tough questions. They quipped. They clapped. After an hour they left, leaving no new knowledge in their wake.

Just stating the obvious could have saved everyone a lot of time.

There are those who believe Alden has his guy in place to replace Stewart at this moment. All that remains are a few days of mourning out of respect for Stewart, the eighth-winningest coach in history. Then, next week a Quin Snyder (Duke assistant), a Mike Brey (Delaware coach), a Skip Prosser (Xavier coach), a Bill Self (Tulsa coach), a Kim Anderson (Missouri assistant), a Billy Donovan (Florida coach), a Rick Majerus (Utah coach) or a mystery candidate will be named.

There are those who believe national blue-chip recruits Kareem Rush from Kansas City and Jason Kapono from Long Beach, Calif., are coming to Missouri because Stewart stepped down, not despite it.

There are those who simply will not buy that Stewart woke up one morning and decided to leave.

"I was sitting in Lawrence (Kan.) in January and the fans were chanting my favorite conference chant -- 'Sit down, Norm,'" Stewart said Thursday. "I love that chant. You know what I said to myself that day? I think I will."

It just doesn't add up. During the season, Stewart told the St. Louis Post-Dispatch he wanted to coach six more seasons, until he was 70.

This was all about preserving a program that some thought had gotten to be too much about Stewart and not enough about the players. At one point this decade, three consecutive seasons ended with at least one player transferring. Stewart clashed with freshman star Keyon Dooling in midseason and rumors floated about his transfer. Leading scorer Albert White stated last week he was considering leaving a year early for the NBA.

Who did White call in his time of need? Alden, the 40-year old AD who had been on the job all of eight months. White was conspicuous by his absence on Thursday.

As had been his habit in the off-season in recent years, Stewart left town after the season ended with a first-round NCAA Tournament loss to New Mexico. There was speculation that with player turmoil swirling again, Alden helped push Stewart out the door. Stewart and Alden finally met in an end-of-the-season session in mid-March.

"On March 15 when I got together with Norm, we went through a whole litany of stuff," Alden said. "At the end of our conversation Norm indicated, 'This may kind of surprise you after we've been through all this stuff after one and a half hours. I think I'd like to step down as the head coach.' You could have shocked me."

So why, then, did 16 days pass between that conversation and Thursday's announcement?

"Working with an individual who is a legend in this business, you want to afford them every opportunity along the way to turn around and say ... April Fool's," Alden said.

That's not an acceptable answer when the program is at stake. There is less than a week left until national signing day. What is more likely is that Alden hit the ground running in his search for Stewart's replacement. If Alden hadn't contacted candidates after that March meeting, he certainly had some names in mind. Snyder reportedly is the top candidate but said Thursday he had not been contacted.

The one little nugget that did drop out of the sky suggested Alden would not eliminate the 32-year old Snyder, one of Mike Krzyzewski's top assistants.

"If I went under the philosophy of not giving a young guy a chance, then Mike Alden wouldn't be standing here as your director of athletics at the University of Missouri," Alden said. "You can take a look at who it is, regardless of age, regardless of titles, and you go after it."

If Stewart was pushed out the door, it didn't hurt much. Stewart knew he was going to leave on his terms, which he deserved. After 41 years as a player, assistant coach and head coach, he had been involved in more than half of the games ever played at Missouri. His 731 career victories are behind only Bob Knight, Ray Meyer, Phog Allen, Ed Diddle, Henry Iba, Adolph Rupp and Dean Smith.

Stewart basically made Missouri a nationally recognized job. He beat cancer and he beat the NCAA, but he couldn't beat a path to basketball's promised land. Through 32 years and 634 victories at Missouri, his label became that of the best coach never to reach the Final Four.

There were numerous first-round flameouts and disappointments in the NCAA Tournament. Eight Big Eight titles had to count for something. They did until a string of three consecutive years out of the tournament (1996-1998) started to erode his base of support. This season's team finished 20-9 and was bumped in the first ound by New Mexico.

When the walls started to close in around him, Stewart knew he could pull the ripcord on a golden parachute. He gets the title "special assistant to the chancellor," whatever that means. There's the lucrative summer camp that bears his name. He will be paid the base salary in his contract that runs through 2001. Officials denied there was a buyout, but Stewart did reportedly have an annuity.

"My sophomore year we were sitting there talking," said junior forward Jeff Hafer. "He said, 'About the time you go is about the time I'll go fighting and clawing together.' It's evident he wanted to go a little early."

The man has a home in palm springs, Calif., so don't feel sorry for him. Just don't believe everything you heard Thursday out of Columbia.

Question: Don't you give the man who defined your program for 41 years more time to pour out his feelings? Let him wander among the well-wishers, answer questions informally with reporters. Let him let his thinning hair down.

Instead, after a few questions, the assemblage at the Hearnes Center was informed Stewart would not take any more questions and was, like Elvis, leaving the building. Soon after, Stewart's players were ushered out "so they didn't have to answer stupid questions," according to one Missouri official.

That was it, after four decades. Quick, clean and fast, with the next guy waiting in the wings. The Mafia hasn't cleaned up bodies as quick after hits.

"I think he'll be remembered the same way Bobby Knight is remembered when he retires -- that is, nothing but great," said longtime Stewart friend Roger Hewitt. "Even those who dislike him aren't going to have anything bad to say about him now."

Not after Norm's stormin' has finally been calmed. 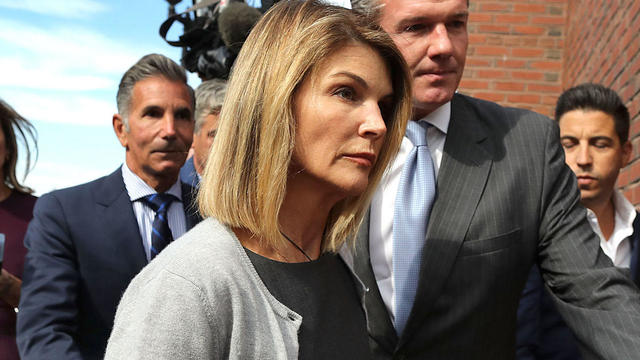 Loughlin, 56, reported to a federal prison in Northern California on Friday.

The virus is a top issue in Democratic ads in every one of 11 battleground states reviewed.

Retailer had yanked firearms off the sales floor as a "precaution" after incidents left several stores damaged.

Comparing the Biden and Trump tax plans: Will you pay more?

In an interview with CBS News, iLe discussed her latest single, "Donde Nadie Más Respira," or "Where No One Else Breathes."