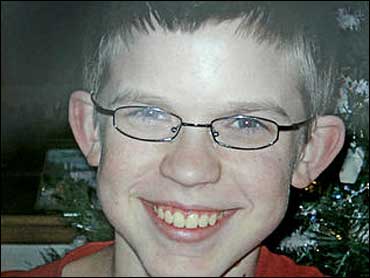 Four months after they were rescued, two boys who were allegedly kidnapped by a former pizzeria manager are trying to rebuild their lives as they undergo counseling and return to their studies.

Prosecutors are pressing a massive criminal case against Michael Devlin, who is charged with abducting the boys and holding them hostage at his apartment in suburban St. Louis.

Ben has largely returned to the life he knew before he was abducted Jan. 8. He was eager to go back to school, and his parents even forced him to slow down and stay home a few days. His principal said he has settled into class as if he had never left.

Ben has also played in Little League games, participated in Boy Scout activities and gone camping with his father.

"You really do appreciate some of those times now that you might have taken for granted before," said his father, Don Ownby.

Both Shawn and Ben's parents are keeping the boys out of the media spotlight, so neither could be interviewed. Both teens are still in counseling to help them cope with their ordeal, according to friends and family.

It is The Associated Press' policy not to identify most victims of sexual abuse, but the boys' stories have been widely publicized, and their names are now well-known.

Shawn has returned to a new home. The house from which he disappeared at the age of 11 has been demolished and replaced with a new residence, courtesy of a St. Louis homebuilder.

Shawn did not attend school for the years he was captive in Devlin's apartment. After his rescue, he underwent an educational assessment that showed he is highly intelligent although far behind his peers academically, said Scott Sherman, an attorney who represents the family.

Shawn is being tutored at home and has excelled at math, Sherman said. His parents have taken him to movies and restaurants, although he is recognized nearly everywhere he goes.

"They have had no incidents of anybody being anything but kind and supportive," Sherman said.

Shawn's counseling is "pretty intense," Sherman said. "He's got a lot to go through."

Authorities say Devlin kidnapped Ben after he got off a school bus. A passerby spotted a truck speeding from the scene that led police to Devlin's apartment, where they also found Shawn.

Devlin, 41, has been jailed since his arrest. He is to be arraigned Monday in Washington County on charges that he kidnapped, sexually abused and then tried to kill Shawn.

He is also facing charges in Franklin County for kidnapping Ben, and faces 71 counts of forcible sodomy and kidnapping in St. Louis County, where he is accused of keeping the boys. Devlin faces federal charges of making child pornography and transporting Shawn across state lines.

Devlin's attorneys have received almost 2,000 pages of evidence from authorities. But defense attorney Ethan Corlija said it would be wrong to assume Devlin's case is a "slam dunk" for prosecutors.

Devlin "understands that there is a long road ahead of us," Corlija said. "He's anxious to get his side across in this situation."