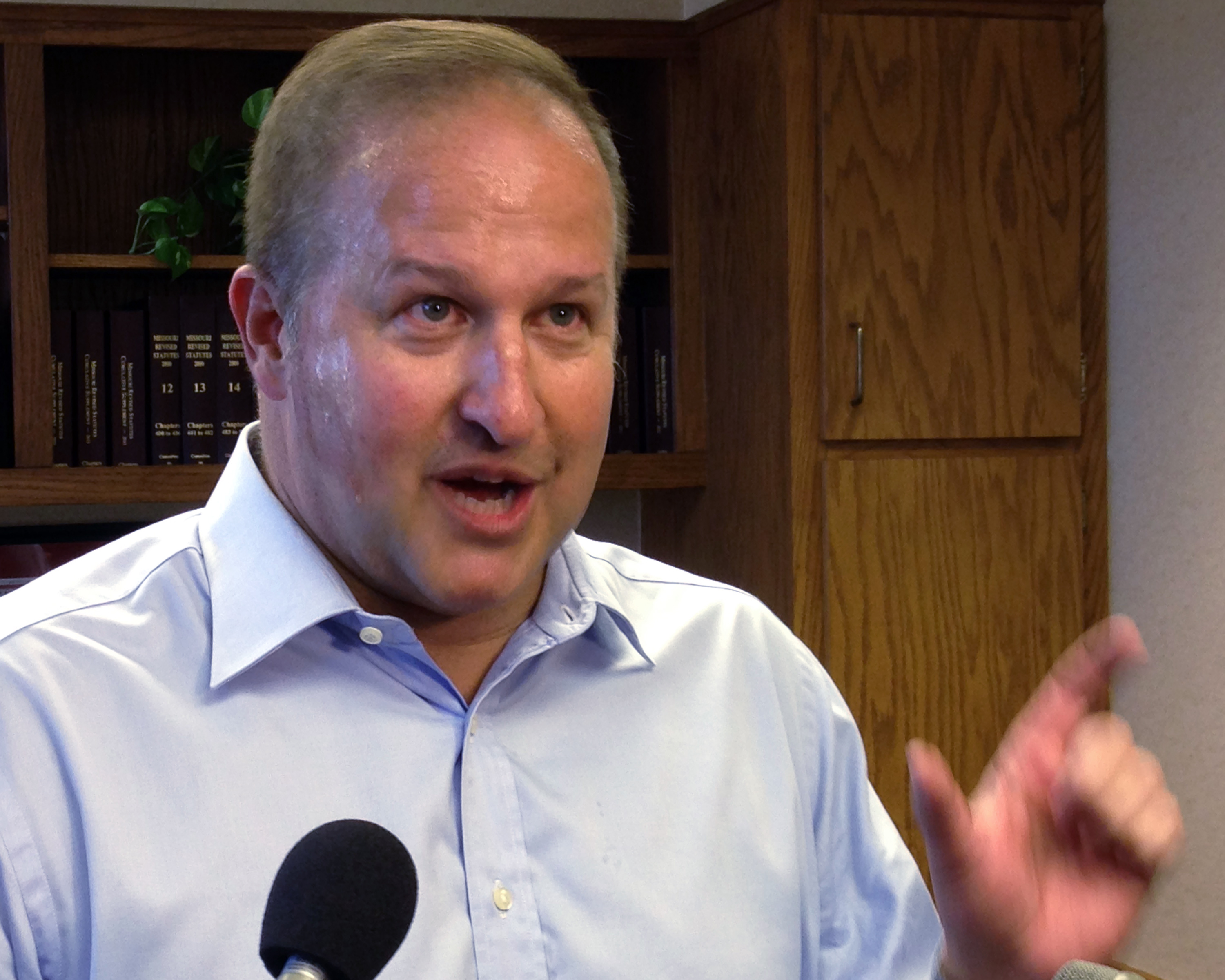 JEFFERSON CITY, Mo. -- Missouri House Speaker John Diehl is attempting to repair his reputation and retain his powerful position while seeking forgiveness for what he describes as "the poor judgment" he displayed in a relationship with a Capitol intern.

Diehl, a Republican, apologized Wednesday for his actions following a newspaper report that he had exchanged sexually charged text messages with a college student who had been serving as a legislative intern. He also said he would not resign and appealed to colleagues for their continued support as Democratic lawmakers launched an effort to try to remove him from the speakership to which he was elected in January.

The Capitol drama was unfolding as Missouri lawmakers pressed toward a Friday deadline to pass legislation, with tensions already high because of policy disagreements.

"I apologize for the poor judgment I displayed that put me and those closest to me in this situation," Diehl said in a written statement released Wednesday after he shut himself for hours in his Capitol office, meeting privately with various staff and lawmakers. "I also regret that the woman has been dragged into this situation."

Earlier Wednesday, The Kansas City Star released a story accompanied by screenshots of apparent electronic messages between Diehl and a college student who was a Capitol intern. The messages included some sexually suggestive discussions and revealed what The Star described as a "flirty rapport" suggesting an intimate relationship.

Diehl did not specifically mention the text messages in either his written statement or in comments to reporters outside his office late Wednesday, but he expressed regret.

"I apologized to my caucus and to people in my life that are important to me. It was very regrettable. It was a stupid thing to do. And I'm sorry," he said, adding that he intends to remain in the speaker post.

The intern, who no longer works at the Capitol, declined to comment Wednesday and referred The Associated Press to attorney Phil Willoughby, a former Democratic state House member.

She "is not interested in being at the center of any political debate concerning her internship or the workings of the state Capitol," Willoughby said.

Richard Miller, dean of the School of Arts and Sciences at Missouri Southern State University, told The Star that the school pulled its four interns out of the state Capitol this spring after an unspecified incident, which he declined to describe more specifically.

Following the Star's report, Democratic state Rep. Gina Mitten announced on the House floor that she was seeking signatures on a petition calling for a vote to remove Diehl as speaker pending a full investigation into allegations of misconduct.

"I do not believe that our present speaker should be at the dais while we have this dark cloud over the Capitol," said Mitten, of the St. Louis suburb of Richmond Heights.

Six of the House's top Democrats released a statement Wednesday evening calling upon Diehl to "resign the post of House speaker without further delay."

But others continued to back Diehl's leadership.

A large group of House Republicans met for about an hour Wednesday night. Republican St. Louis Rep. Marsha Haefner said as she left the meeting that she supports Diehl "100 percent."

"He's owned up to what's happened and apologized and asked for forgiveness," Fitzpatrick said. "I'm a forgiving person."

Diehl, 49, is an attorney who lives with his wife and three sons in the St. Louis suburb of Town and Country. He was first elected to the House in 2008 and now presides over one of the largest Republican legislative majorities in state history. He's known for his ability to work deals and to persuade rank-and-file members to stick together on the party's priorities.